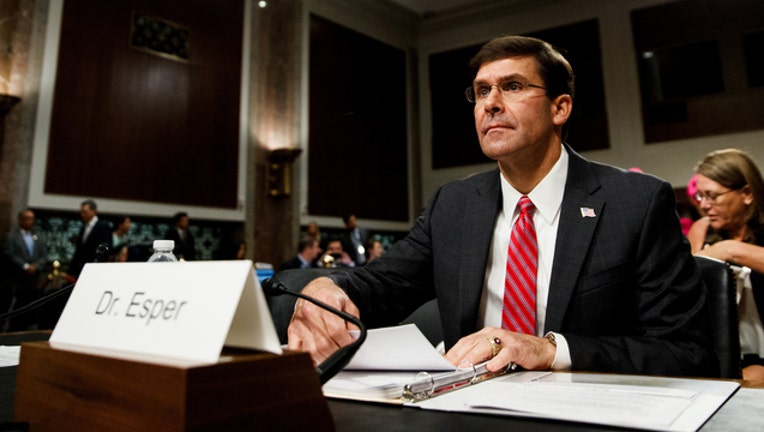 U.S. Secretary of Defense nominee Mark Esper testifies before the Senate Armed Services Committee during his confirmation hearing on Capitol Hill in Washington DC on July 16, 2019. (Photo by Ting Shen/Xinhua via Getty) (Xinhua/ via Getty Images)

Esper's confirmation ends a stretch of seven months the Pentagon didn't have a permanent leader.

Esper won Senate confirmation on Tuesday by a vote of 90-8 and is to be sworn in by day's end.

The Pentagon had been without a permanent boss since Jim Mattis stepped down last New Year's Eve. Deputy Secretary Patrick Shanahan became the acting secretary, but after six months as the fill-in the former Boeing executive abruptly quit.

Esper then became the acting secretary, but once he was nominated last week he had to step aside until a Senate vote.

For the past week the Pentagon has been run by yet another fill-in, Navy Secretary Richard V. Spencer.