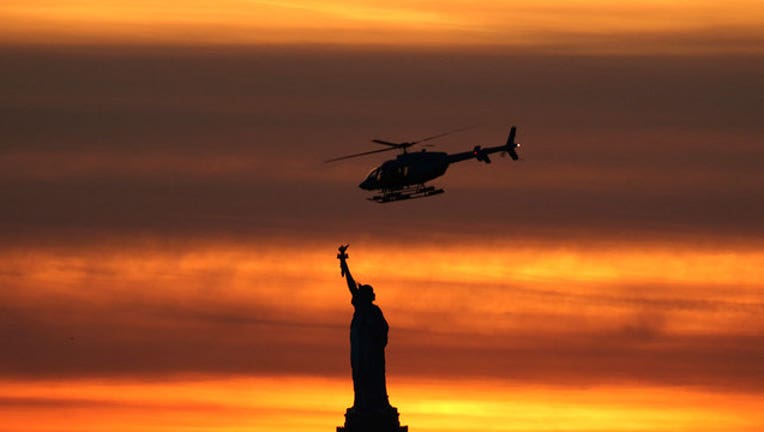 NEW YORK, NY - OCTOBER 31: A helicopter flies by as the setting sun streaks the sky behind the Statue of Liberty on October 31, 2016 in New York City. (Photo by Gary Hershorn/Getty Images)

Schumer and New Jersey Sen. Bob Menendez on Sunday called on the FAA to close the loop hole that allows doors-off flights for aerial photography. The Democrats say it's meant for professional and commercial purposes, not for tourists.

The company, FlyNYON, is currently offering a promotion for passengers who bring their dogs along for the ride. FlyNYON says it's "fully compliant with all FAA operating and safety standards."

Five people drowned in March of 2018 when they were unable to free themselves from their harnesses after their open-side helicopter rolled over into the water. The pilot, who was not wearing a harness, survived.