WASHINGTON - Republican Sen. Lisa Murkowski, who voted to convict President Donald Trump in his second impeachment trial and had called for his resignation after the Jan. 6 insurrection, announced Friday she will run for reelection in 2022.

Trump, who has focused on punishing his political opponents, has endorsed top Murkowski opponent Kelly Tshibaka, saying "Lisa Murkowski is bad for Alaska."

Murkowski pushed back on Friday in a campaign video that promotes her as "independent and tough."

"In this election, lower 48 outsiders are going to try to grab Alaska’s Senate seat for their partisan agendas," Murkowski said in the video. "They don’t understand our state and frankly, they couldn’t care less about your future."

She added: "I will always stand up to any politician or special interest that threatens our way of life." 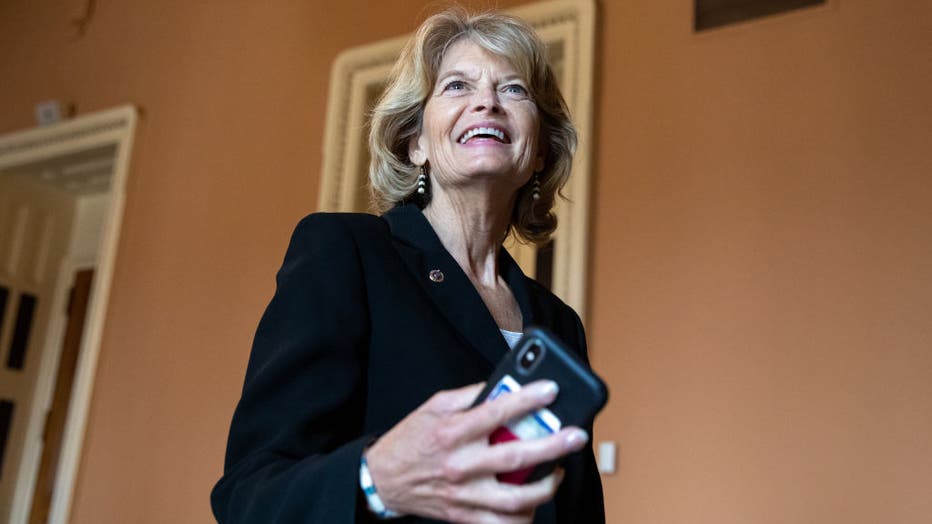 Her reelection bid will be closely watched nationally as Trump tries to bring down a senator whose name has a rich political history in the state. Her father, Frank Murkowski, was a former governor and a longtime U.S. senator.

She has bucked the Republican Party before. Murkowski lost her 2010 primary, but went on to win the general election with a write-in campaign against a conservative Republican candidate.

After the Jan. 6 riot at the Capitol by Trump supporters, Murkowski called on Trump to resign the presidency, telling the Anchorage Daily News, "I want him to resign. I want him out. He has caused enough damage."

She was one of seven Republican senators voting to convict Trump, who was acquitted of the sole charge of incitement of insurrection. She is the only one of the seven to face reelection.

Murkowski was the lone Republican to vote against advancing Trump's Supreme Court nominee Brett Kavanaugh in a procedural vote, expressing unease with the sexual assault allegations made against Kavanaugh, which he denied. She voted "present" in the final 50-48 vote that elevated Kavanaugh to the high court.

Tshibaka has tried to take advantage of Trump's popularity in Alaska, getting support from his allies and voicing Trump positions, including promotion of his false claim of voter fraud in the 2020 election.

Alaska voters last year passed an initiative to end party primaries and institute ranked-choice voting for general elections. Under the system, the top four vote-getters in a primary race, regardless of party affiliation, will advance to the general election.