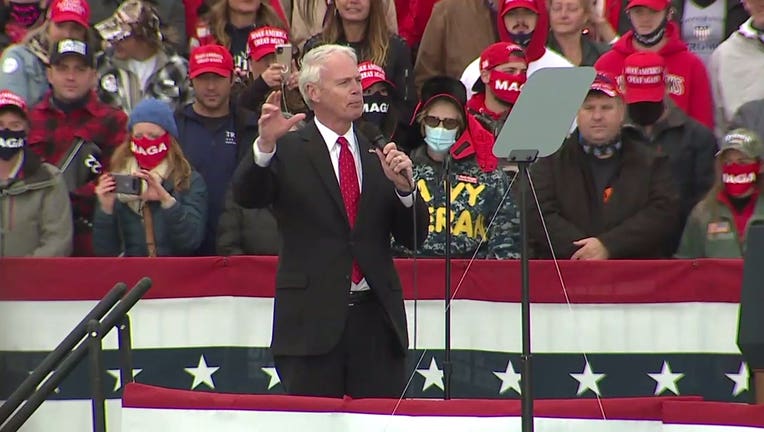 Johnson, who was elected to the U.S. Senate in 2010, alluded to "coordinated efforts to undermine" the president's administration "from day one."

"In the face of coordinated efforts to undermine his administration from day one, and a mainstream media that shed all pretense of fairness," Johnson said. "President Trump has tenaciously fought to make America better."

The Associated Press on Wednesday projected Joe Biden to win Wisconsin, before projecting him to win the election overall on Saturday. In the Badger State, Biden defeated the president by approximately 20,000 votes.

FOX6 News reached out to Johnson on Friday, prior to Saturday's projected results, but did not hear back. He did, though, talk to WTMJ radio about public concerns over the election's legitimacy that day. 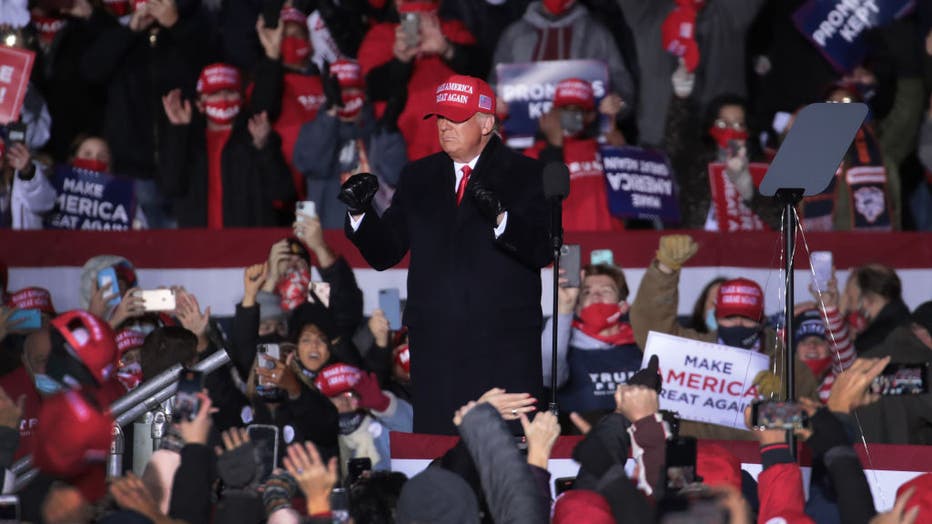 President Donald Trump speaks to supporters during a campaign rally at the Kenosha Regional Airport on November 02, 2020 in Kenosha, Wisconsin. (Photo by Scott Olson/Getty Images)

Nationwide, the AP projected Biden with a 290 to 214 electoral lead over President Trump, with North Carolina, Georgia and Alaska undeclared as of 6 p.m. CST on Saturday. Two-hundred-seventy electoral votes are required to win the White House.

"Regardless of the outcome, in my book (President Trump) will always be a winner and patriots that truly loves America," Johnson said Saturday.

Johnson has been a vocal supporter of the president. In the weeks leading up to Election Day, Johnson took part in a Trump campaign rally in Janesville.

"You know who doesn't particularly like America? Joe Biden supporters," Johnson said at the Oct. 17 rally.

In Saturday's statement, Johnson went on to say that the president's "energetic" campaign made pollsters "look ridiculous."