NASHVILLE, Tenn. - Releases of leaked letters and secret recordings from within the Southern Baptist Convention intensified Thursday as critics sought to show top leaders were slow to address sexual abuse in the nation’s largest Protestant denomination and worried more about its reputation and donations than about victims.

A former executive of the denomination's ethics agency posted audio clips he clandestinely recorded in internal meetings to bolster claims that leaders of the SBC's Executive Committee sought to slow or block policies responding to abuse by ministers and other church leaders, and that they tried to intimidate those seeking a more robust response.

The committee members defended their actions, saying the recordings reflect the normal give-and-take of trying to develop the best policies.

The timing comes less than a week before the SBC's annual meeting, which is expected to draw its highest attendance in more than 25 years, amid tensions over abuse, race and other issues and growing calls for an independent investigation of the Executive Committee's response. 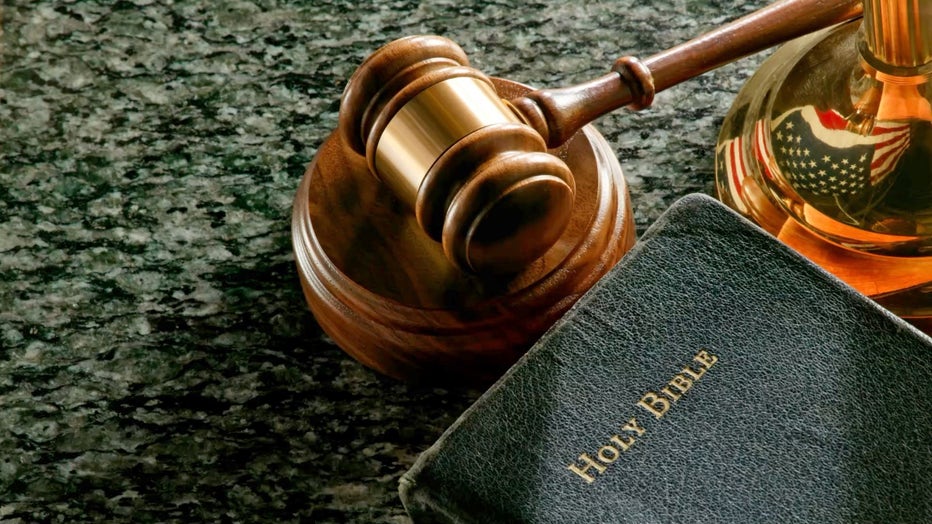 Stock image of a gavel next to a Bible.

Phillip Bethancourt, a Texas pastor and former executive vice president of the denomination’s Ethics and Religious Liberty Commission, posted the audio online in an open letter to Ronnie Floyd, president of the Executive Committee, and Mike Stone, then-chairman of the committee and now a candidate for convention president.

"Southern Baptists deserve to hear you in your own words," Bethancourt wrote.

One set of clips came from a meeting following a Caring Well conference on sexual abuse sponsored in 2019 by the ethics commission.

In the recording, Floyd questions Russell Moore — who was president of the commission until his resignation last month — about one of the speakers, Rachael Denhollander, an attorney and prominent advocate for fellow abuse survivors.

RELATED: Poll: 40% of evangelical Protestants, largest religious group in US, hesitant to get COVID-19 vaccine

Floyd asks Moore in the recording: "What do I say ... to the Executive Committee when Rachael’s come after them?"

Moore replies, "We didn’t script anybody in terms of what they could say," and says the best response is to "not do stupid stuff again."

In another recording, Floyd tells Moore he "wanted to preserve the base," which Bethancourt interprets as putting a priority on maintaining funding from churches.

Bethancourt also released audio from an earlier meeting showing resistance to the proposed creation of a credentials committee to investigate churches’ handling of abuse cases.

In a statement Thursday, Floyd said he put his staff to work immediately after that meeting in laying the groundwork for the credentials committee before its approval by the full convention.

"The convention was — and still is — divided over methods of response to sexual abuse," he said. "However, the SBC is not divided on the priority of caring for abuse survivors and protecting the vulnerable in our churches."

He said his questioning about the Caring Well conference was to get answers he could provide to churches. "However, I apologize for any offense that may have resulted from my remarks," he said.

"They weren’t attacked," Lyell said. "They were exposed."

Stone told The Associated Press that as a survivor of sexual abuse himself, it’s "outrageous" to say he would block efforts to respond to such misconduct.

He said his debates with Moore were over process and that he "felt that we did not have enough time to do this credentials committee properly" in 2019.

Stone added that the SBC can’t dictate policies to its self-governing churches the way a hierarchical denomination can, and said a "heavy-handed" approach could prompt churches to leave the convention, with no improvement in children’s safety. He said he favored equipping and training churches to respond to abuse.

The release of the recordings followed a series of leaks that have stoked debate in recent weeks among Southern Baptists, including lengthy letters Moore penned in 2020 and last month to denominational colleagues.

In them he said he received "undiluted rage" from Executive Committee leaders as they debated how to respond to abuse, which Moore called a "crisis in the Southern Baptist Convention."

A 2019 investigation by the Houston Chronicle and San Antonio Express-News revealed that about 380 Southern Baptist church leaders and volunteers had faced allegations of sexual misconduct, involving several hundred victims. These and subsequent reports told of cases of offenders returning to ministry and even as victims were blamed.

Those revelations galvanized efforts to do more. At its 2019 annual meeting, the SBC stated that congregations could be expelled for mishandling abuse cases and created the credentials committee to review such cases.

Floyd said the Executive Committee is now talking with a "highly credible outside firm" to investigate its handling of the controversy.

But two Southern Baptist pastors are preparing a competing proposal for next week's annual meeting that would have the next SBC president create a task force to pick the investigator.

Denhollander said the newly public recordings corroborate her own experiences in advocating for victims of abuse within the SBC, and that she has offered to help many times but her offers have been rejected.

"Hopefully over the last two weeks, Southern Baptist messengers (voting representatives) have begun to ask very important questions," she said. Among them is how church officials could "misreport a case of violent abuse as an affair and nobody would care? ... Because they had done it in the past."

Denhollander said there will be two resolutions addressing abuse at the upcoming meeting and they are being carefully worded to take into account Southern Baptist theology and polity. And she disputed Stone's contention that the SBC's structure makes it difficult to take certain actions against sexual abuse.

"It’s actually very easy to do in a way that is legally sound and respects Southern Baptist autonomy," Denhollander said.