Scottish First Minister Nicola Sturgeon, the leader of the Scottish National Party, made a speech in Edinburgh, Scotland, Dec. 13, 2019. She vowed to push for a new referendum on independence for Scotland. Credit: SNP via Storyful

"I have been clear that a referendum must be the responsibility of the Scottish Parliament," Sturgeon said. "This is not about asking Boris Johnson or any other Westminster politician for permission."

Sturgeon also directly addressed European Union citizens living in Scotland, saying: "You're welcome here, we value your contribution, and I will fight with everything I have to protect your right to call Scotland your home."

She said it was clear that the majority of those in Scotland wanted to remain part of the EU.

"It is time for Boris Johnson to start listening," she added.

Sturgeon's party gained 13 seats in the Dec. 12 vote, to hold 48 of the 59 Scottish Westminster seats on a 45 percent share of the vote.

One of the seats gained was taken from the Liberal Democrat leader Jo Swinson in East Dunbartonshire. Swinson announced her intention to stand down after her defeat. 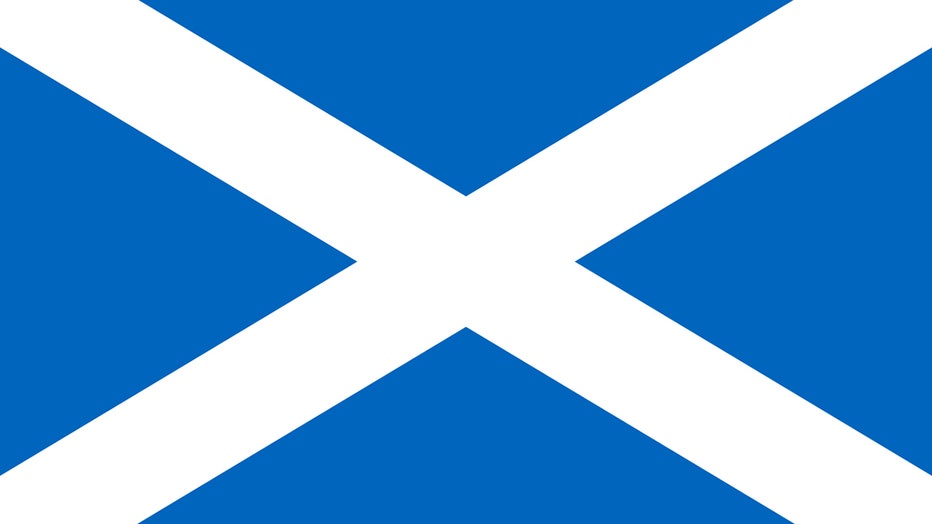 The flag of Scotland is also known as St. Andrew's Cross or the Saltire.