This video of an excavation at Dinosaur Provincial Park in Alberta, Canada, was recorded over 10 days.

ALBERTA, Canada - A so-called "dinosaur mummy" may be contained within a rocky hill in Canada, according to scientists.

In a statement issued earlier this month by the University of Reading, this rare type of fossil refers to finds where the entire skeleton of the dinosaur may be preserved.

Scientists said the find was first discovered during a 2021 scouting mission to Dinosaur Provincial Park in Alberta – one of the richest places for dinosaur fossils in the world – when a volunteer noticed part of a fossilized skeleton protruding from a hillside. This year, a team returned to the site to protect the exposed parts of the fossil and begin excavation of the full skeleton that is believed buried in the hill. 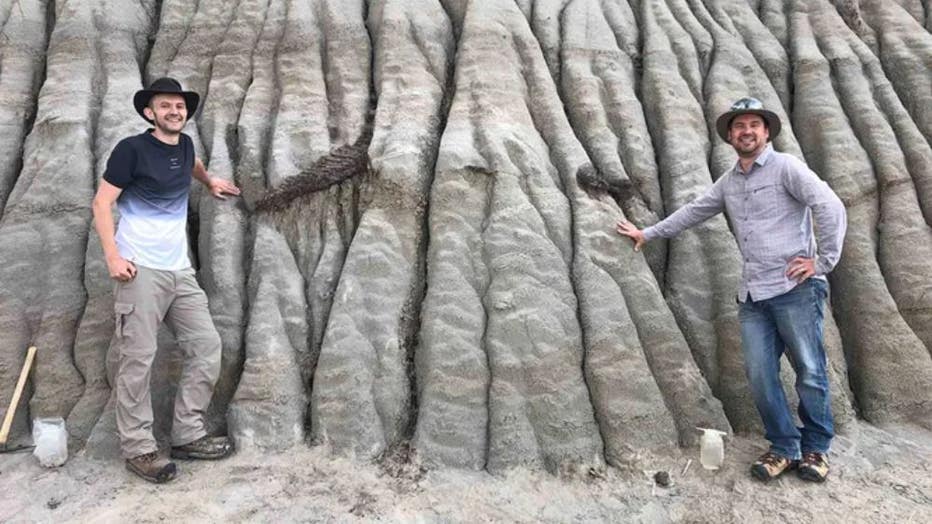 Brian Pickels and Caleb Brown stand next to the exposed fossil of a hadrosaur in Alberta, Canada, on Aug. 18, 2022. (University of Reading)

MASSIVE DINOSAUR SKELETON FOUND IN BACKYARD OF HOME IN EUROPE

According to scientists, the exposed parts of the fossil, which include the animal’s tail and right hind foot, indicate it was likely a hadrosaur – a large, duck-billed, herbivorous dinosaur.

"Based on the small size of the tail and foot, this is likely to be a juvenile," said Brian Pickles, a Ph.D. at the University of Reading who led the 2021 team. "Although adult duck-billed dinosaurs are well represented in the fossil record, younger animals are far less common. This means the find could help (paleontologists) to understand how hadrosaurs grew and developed." 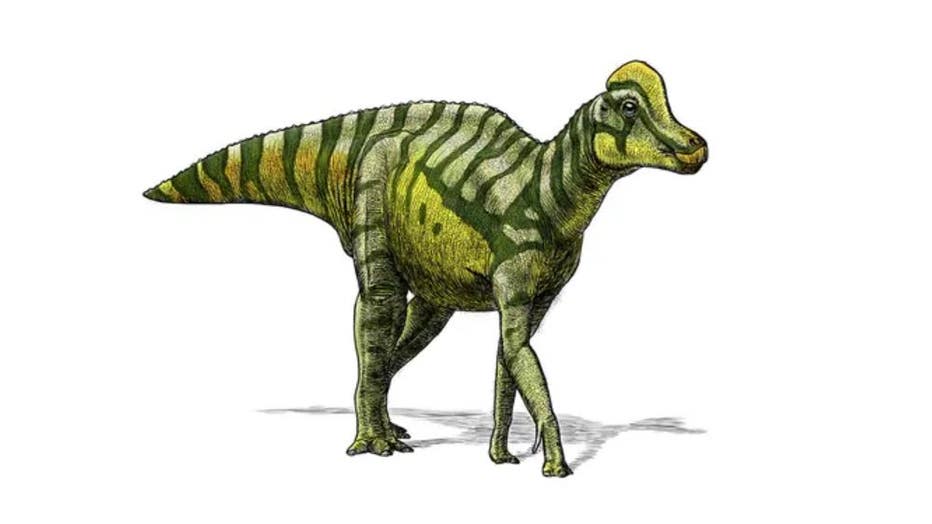 An illustration of a juvenile lambeosaurus, a type of hadrosaur. (Royal Tyrrell Museum)

What makes this find even more unique is that exposed parts of the fossil appear to be covered in fossilized skin, according to Caleb Brown, a Ph.D. at the Royal Tyrrell Museum, which will take possession of the find once it is excavated.

"This suggests that there may be even more preserved skin within the rock, which can give us further insight into what the hadrosaur looked like," Brown said. 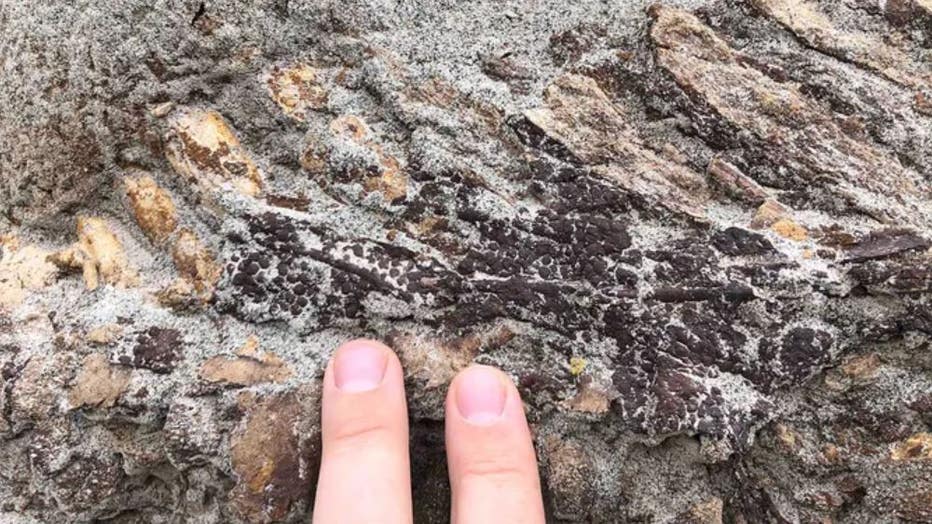 Fossilized skin is seen covering parts of the tail of the dinosaur skeleton. (Royal Tyrrell Museum)

HOW A MONSTER STORM IN HAWAII IMPACTED FILMING OF JURASSIC PARK

Scientists said they could determine the exact species of the hadrosaur only if a skull was discovered.

Preparing the fossil for research and display could take several years, according to scientists.

WHERE DINOSAUR BONES ARE REVEALED BY THE WEATHER

Teams covered the exposed fossil in mud to protect if from the elements before placing a shield over it. (Royal Tyrrell Museum