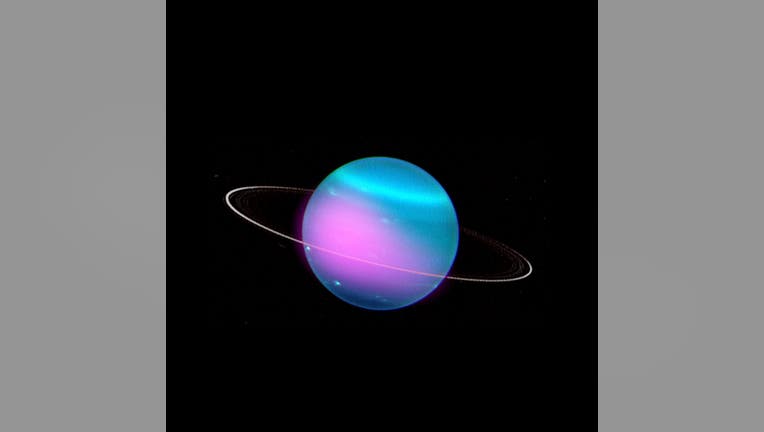 A new study concludes that Uranus is emitting X-rays, and scientists say they want to take a closer look.

Researchers say they noticed a clear detection of X-Rays in snapshots of the planet taken by NASA's Chandra Observatory in 2002 and 2017.

While the most likely cause for the X-rays is the sun (both Jupiter and Saturn scatter X-ray light given off by the sun), not all of the activity can be explained and NASA is calling for scientists to examine Uranus in greater detail.

"While the authors of the new Uranus study initially expected that most of the X-rays detected would also be from scattering, there are tantalizing hints that at least one other source of X-rays is present. If further observations confirm this, it could have intriguing implications for understanding Uranus," NASA said in a press release. "Determining the sources of the X-rays from Uranus could help astronomers better understand how more exotic objects in space, such as growing black holes and neutron stars, emit X-rays."

X-rays have been detected in most of the planets in our solar system.