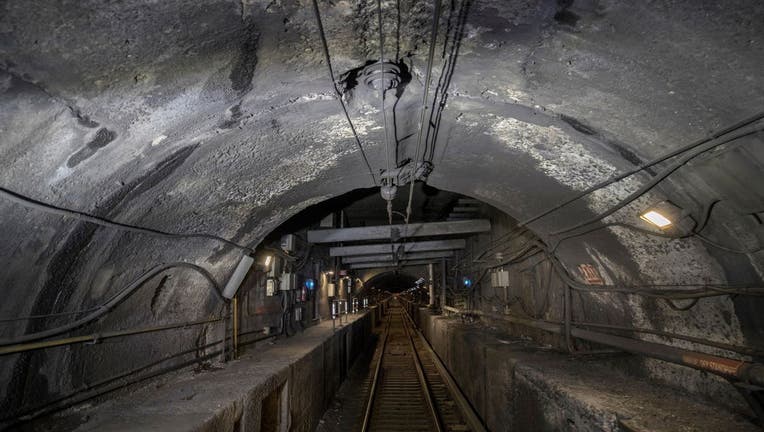 NEW YORK (AP) - U.S. Sen. Chuck Schumer, one of the most ardent supporters of a multibillion-dollar plan to build a new rail tunnel between New York and New Jersey, has wasted no time in laying groundwork with the incoming Biden administration.

The New York Democrat said he is encouraged the long-stalled project may move forward after a discussion by videoconference Wednesday with Pete Buttigieg, President-elect Joe Biden’s choice to head the Department of Transportation.

"I explained to him that this has been a top priority for New York for more than a decade and that our future depends on it," Schumer said in an interview Thursday. "He was very receptive, and I was very optimistic."

Buttigieg, the 38-year-old former mayor of South Bend, Indiana, and a 2020 Democratic presidential candidate, must be confirmed by the Senate. A Buttigieg spokesman said in an email Thursday that the two "had a great discussion and he looks forward to working with Sen. Schumer."

The new tunnel, part of the larger Gateway project to increase rail capacity in the country’s most densely populated area, would maintain train service while a crumbling, 110-year-old tunnel is repaired. The tunnel project has been mired in a dispute with the Trump administration over how both states will pay for their share of the cost, estimated most recently at about $10 billion after project overseers shaved more than $1 billion off the initial estimate.

The DOT has criticized the states for relying too heavily on federal loans and has given the project a low rating that has made it ineligible for crucial federal grants.

Schumer said Buttigieg agreed to tour the existing tunnel, which has been a source of regular delays for years due to aging tracks and wires. More troubling, saltwater deposits left behind by 2012's Superstorm Sandy, activated by water seeping in from outside, continue to damage the walls that house 12,000-volt electrical cables.

In normal times, more than 400 trains carrying more than 200,000 passengers on Amtrak and commuter railroads pass through the tunnels each day, and delays can ripple from Boston to Washington.

Schumer pointed to a DOT action that could immediately kick-start the tunnel project: the issuance of final environmental approval, a process that has taken nearly three years since project stakeholders submitted an environmental impact statement.

That would free up about a billion dollars of profits from Amtrak's Northeast Corridor line that has been sitting idle. Schumer and Democratic U.S. Sens. Bob Menendez and Cory Booker, of New Jersey, helped push through legislation in 2015 that allowed the profits to be used for Gateway and other capital projects in the northeast; previously they were required to be spent on Amtrak's less-traveled lines around the country.

"They can get Gateway moving with the flick of a pen," Schumer said Thursday. "There’s money sitting there that's waiting to go."

Once primary construction begins, the tunnel could take six to seven years to complete. Under the current plan, the existing tunnel would be closed for repairs once the new tunnel is finished, then reopened to provide additional capacity.