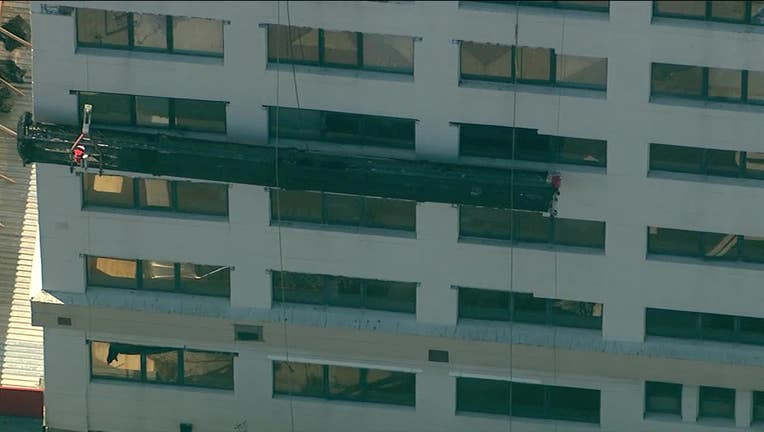 ATLANTIC CITY, N.J. - Two people working on a scaffold at a building in Atlantic City were rescued by firefighters after it collapsed, leaving one worker briefly dangling by his safety rope in mid-air.

No injuries were reported in the incident, which happened around 10:30 a.m. Monday. The scaffolding was about six floors up when it collapsed on one side.

Authorities say the two men were doing masonry work on the exterior of the building, and the collapse occurred as they started to descend.

Witnesses said the dangling worker had been on the side that collapsed, while the other remained on the scaffold. Both were soon pulled to safety through windows.

The cause of the collapse remains under investigation.