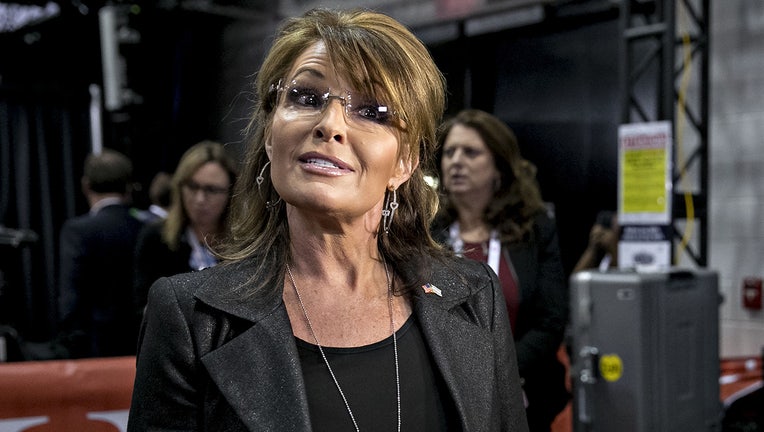 NEW YORK - Sarah Palin, who is not vaccinated against the coronavirus, dined indoors in New York City a day before testing positive for the virus.

Elio’s, a popular Italian restaurant on 2nd Ave. and 84th St. on the Upper East Side of Manhattan confirmed to several outlets that Palin had dined there despite city rules that require vaccines for anyone eating inside restaurants in the city.

"We are taking this isolated incident — and unfortunate oversight —very seriously," Guaitolini said in a statement Monday. "Elio's adheres to and believes in the vaccine mandate, and all it is doing to protect our staff, regulars and the dining public."

The restaurant said it was contacting diners who were there on Saturday to let them know of possible exposure.

Elio’s is known for its famous clientele, which has included Tom Hanks, Joan Didion, and Mick Jagger.

New York Magazine writer Shawn McCreesh tweeted Saturday that he had spotted Sarah Palin at Eios.  He followed up that his mother thought she was Tina Fey.

The former Alaska governor was set to go to trial Monday with the New York Times over claims of defamation. The trial was delayed due to her positive test.

U.S. District Judge Jed Rakoff, who is presiding over the case, made the announcement Monday morning.   He said the trial can begin on Feb. 3 if Palin has adequately recovered by then.

"She is of course unvaccinated," added Rakoff.

The 2006 Republican U.S. vice presidential candidate has been vocal against vaccination for COVID-19.

Sarah Palin said "over my dead body" will she be forced to get a COVID-19 vaccine while addressing a gathering of conservatives in Phoenix last month.

She also said, "I won't do it and they better not touch my kids either."  She was being interviewed on-stage by conservative activist Charlie Kirk.

The crowd cheered when she made the statements.

Palin said she tested positive for COVID-19 last March and urged people to take steps to guard against the coronavirus, such as wearing masks in public.

She said that she was immune due to having the virus and said she did not need the vaccine.