LONDON (AP) - A serving British police officer accused of the kidnap and murder of a woman in London appeared in court for the first time Saturday.

Wayne Couzens, 48, is charged with kidnapping and killing 33-year-old Sarah Everard, who went missing while walking home from a friend’s apartment in south London on the evening of March 3.

The case has sparked a national outcry, and the Metropolitan Police has expressed anger and shock that one of its own was arrested for the crime. The force said Couzens joined its ranks in 2018, and most recently served in the parliamentary and diplomatic protection command, an armed unit responsible for guarding London embassies and Parliament.

Couzens, who wore a gray tracksuit, stood as the charges were read to him during Saturday’s brief hearing. He was remanded in custody to appear at London’s Central Criminal Court on Tuesday.

Everard’s body was found hidden in an area of woodland in Kent, southeast of London, on Wednesday. 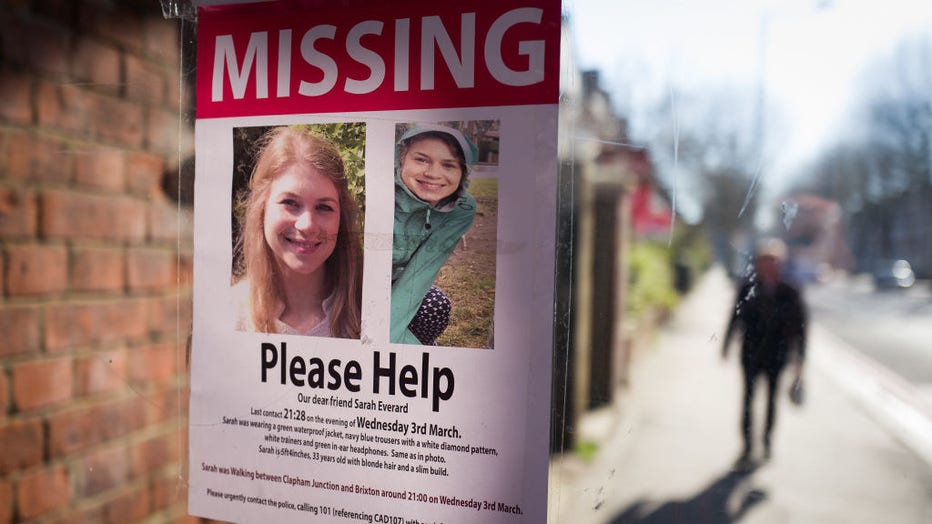 LONDON, ENGLAND - MARCH 9: Posters requesting information are seen near Clapham Common during an investigation into the disappearance of Sarah Everard last week in South London. A Metropolitan police officer has been arrested in connection with the c

In the wake of her disappearance and killing, many women have taken to social media to share their own experiences of being threatened or attacked while walking outside.

Some had planned to organize a vigil in Everard’s memory on Saturday, but a High Court judge said such a gathering would be unlawful due to coronavirus restrictions.

The Metropolitan Police stressed Saturday it "shared the nation’s outrage at this crime" and understood the organizers’ frustrations that the gathering had to be canceled, but said it was important to remain vigilant against the threat of COVID-19.