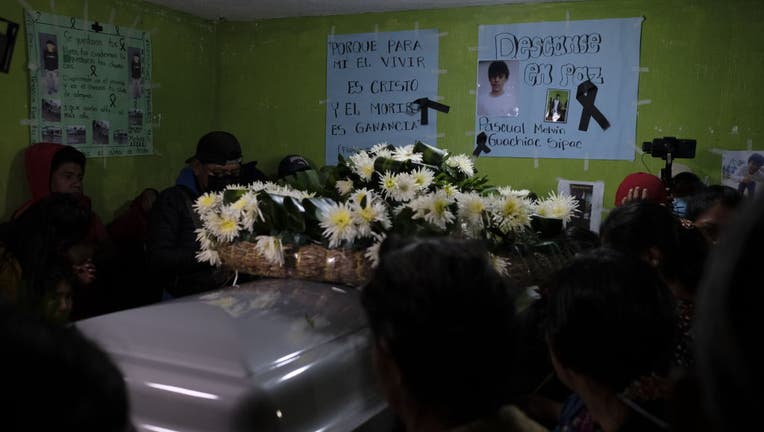 NAHUALÁ, GUATEMALA - JULY 15: Relatives and villagers gather around the coffin of Pascual Guachiac during his funeral on July 15, 2022 in Nahualá, Guatemala. Pascual Melvin Guachiac Sipac, 13 years old and originally from Nahualá, was found dead amon

The body of 13-year-old Pascual Melvin Guachiac Sipac arrived around midday in Guatemala’s capital. Twenty-one Guatemalans were among the migrants who died after being abandoned in a tractor-trailer June 27 in sweltering heat.

The boy’s family was on hand to receive the casket at the capital’s airport.

Guachiac Sipac was an Indigenous Quiche who spoke little Spanish, but he set out nonetheless with his cousin for the United States, both hoping to work and help their families. His cousin, Wilmer Tulul, died too and his body was expected to return to Guatemala Saturday.

FOX 7 Austin's Kelly Saberi has the latest on the investigation on the largest mass casualty event in San Antonio's history.

They were from Tzucubal, a community of about 1,500 people in the mountains nearly 100 miles northwest of the capital, where most live by subsistence farming.

A fourth flight carrying the last of the incident’s Mexican victims landed Friday. Mexico flew home 25 of its 26 victims this week in accordance with the families’ wishes.

Six Hondurans made up the remainder of the victims.