Fire marshals are investigating a fire that destroyed and damaged three vehicles in the Salvation Army Harlem Corps parking lot.

NEW YORK - FDNY fire marshals are investigating the burning of three Salvation Army vehicles that were parked outside the Harlem Corps on Lenox Avenue overnight.

The Salvation Army said vandals broke into one of the vehicles — a mobile canteen used for cooking and serving food to people in need during disasters and more — and used the cooking gas line to start a fire. Replacing the canteen could cost around a quarter of a million dollars, the group said.

Police are aware of the incident and are waiting for more information from the fire marshals, Sgt. Edward Riley, an NYPD spokesperson told FOX 5 NY. 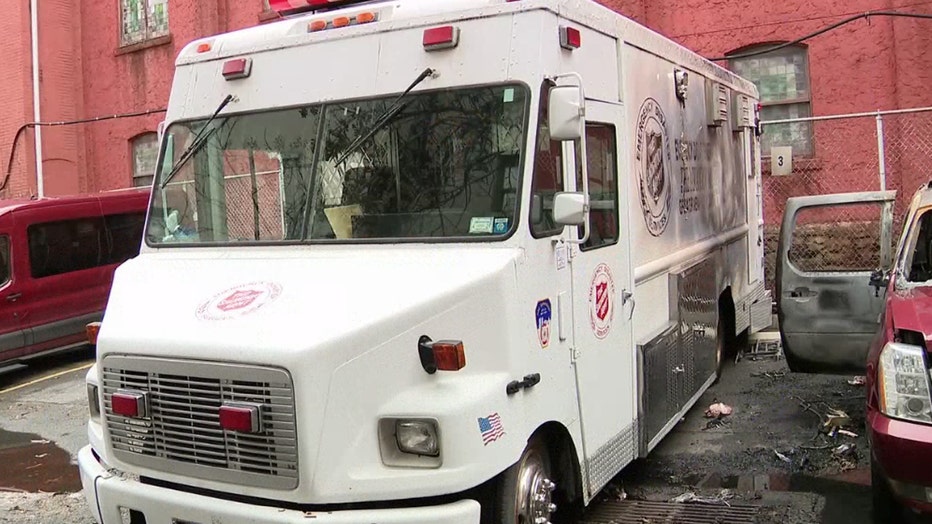 Over the years, the Salvation Army has used the mobile canteen to support the emergency response operations at several notable incidents, including the current pandemic, Superstorm Sandy, the eight-day blackout in Astoria, Queens, in 2006, the MTA strike in 2005, and more.

The Salvation Army's Lenox Avenue community center, which usually feeds the needy every day, "has been undergoing renovations and had to shut down the gas in its kitchen — so this Mobile Canteen is vital for serving those in need due to COVID, unemployment, and food insecurity," a spokesperson for the group wrote in a statement. "So, it's been serving 300 people per day at the Harlem Corps." 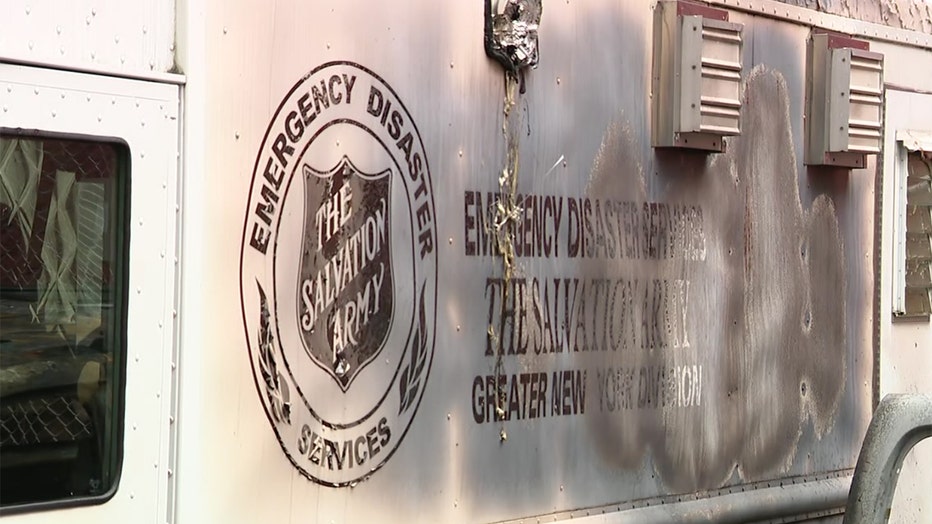 The group has created a donation drive to help pay for replacing the destroyed equipment.

"This mobile canteen has the highest capacity in The Salvation Army's fleet, and is equipped with a griddle, stovetop, ovens, food warmers, a microwave, refrigerator, freezer, bathroom, complete plumbing system, and more," the fundraising page reads. "It is estimated that the total cost of replacement will be $250,000." 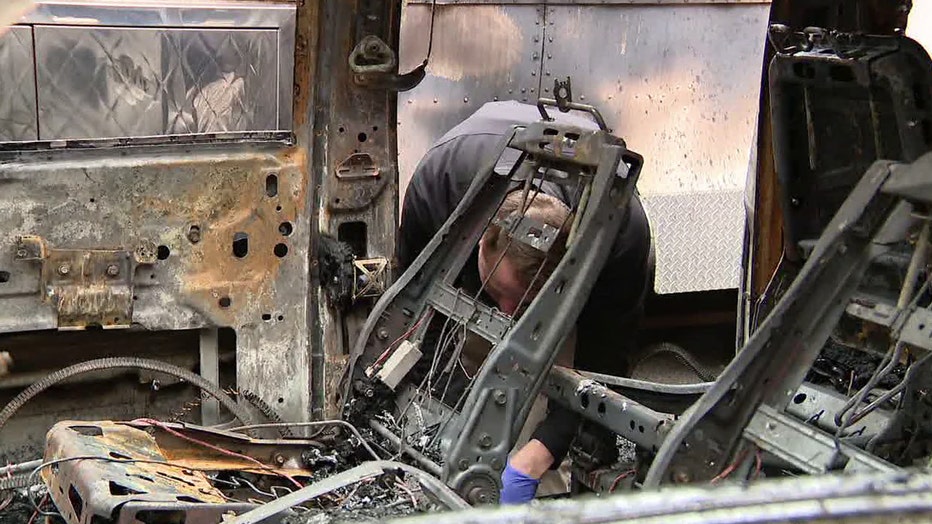 A fire marshal examines the torched remains on a Salvation Army SUV in Harlem, Jan. 4, 2021. 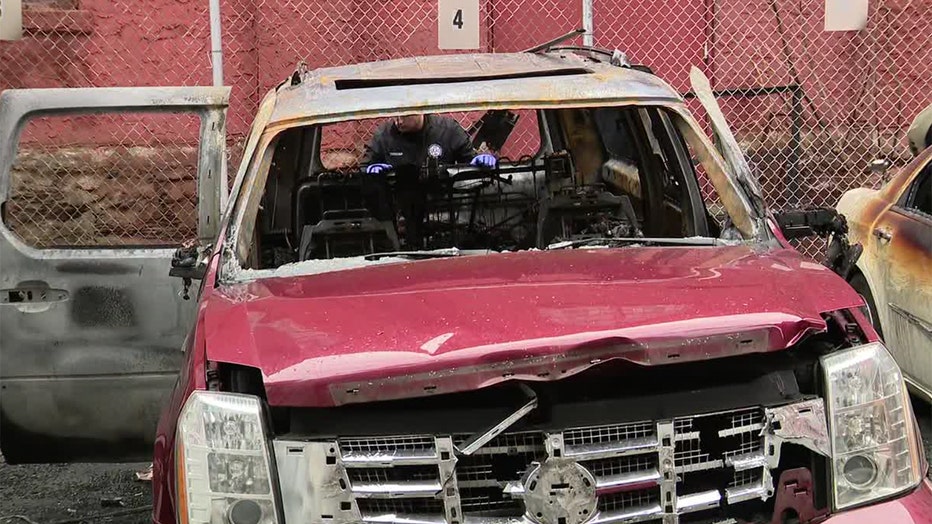