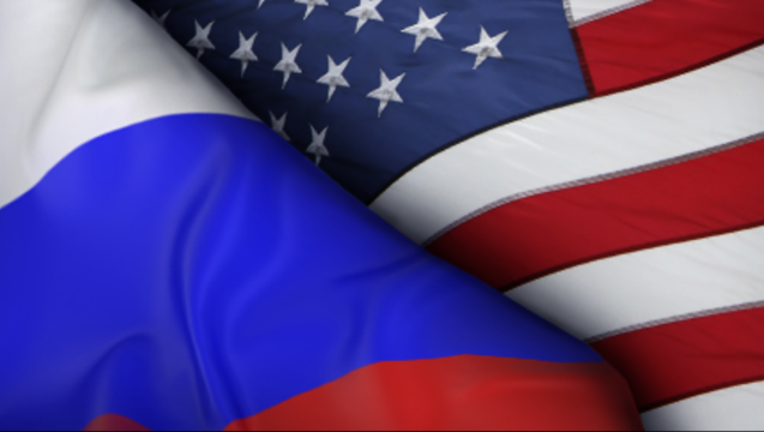 The flags of Russia and United States of America

NEW YORK (FOX5NY) - A U.S. official told Fox News on Wednesday that a Russian spy ship spotted off the East Coast a day earlier was now located 30 miles south of Groton, Conn., home to a US Navy submarine base.

The official says the ship, which is in international waters, is "loitering" which raises the question: is Russia testing its limits under the Trump administration?

U.S. Sen. Chris Murphy of Connecticut posted a Tweet accusing Russia of "acting like it has a permission slip to expand influence, test limits of reach."

According to Fox News, the spy ship is armed with surface-to-air missiles, but its main function is to intercept communications and collect data on U.S. Navy sonar capability.

The ship was first spotted Tuesday 70 miles off the coast of Delaware and heading north at 10 knots, according to one official.  The U.S. territory line is 12 nautical miles.

On the same day, the Kremlin secretly deployed a controversial cruise missile inside Russia and flew within 200 yards of a U.S. Navy destroyer.