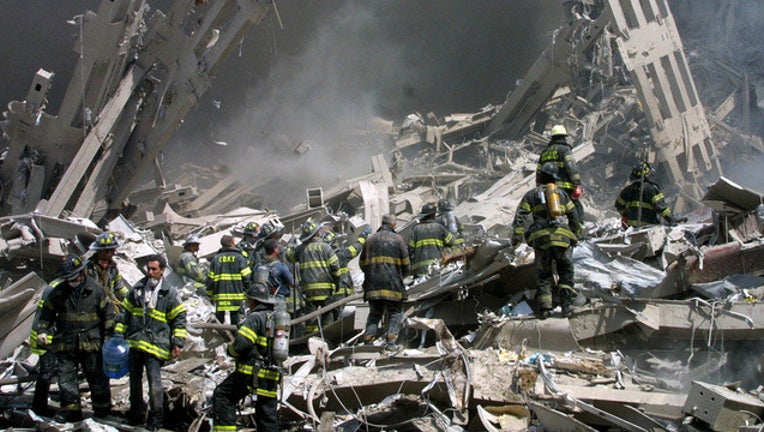 Firefighters make their way through the rubble after two airliners crashed into the World Trade Center in New York bringing down the landmark buildings Tuesday, Sept. 11, 2001. (AP file)

ARLINGTON, Va. (AP) -- Dozens of runners and bicyclists have departed the Pentagon for a three-day interstate relay to raise money for families of the military and first responders.

The 9/11 Promise Run has already raised $70,000 this year and organizers hope to exceed $100,000. About 70 runners, divided into seven teams, left the Pentagon Monday and will run relay-style 240 miles through Virginia, Maryland, Delaware, New Jersey and New York.

The run will conclude at Wednesday at Ground Zero in New York.

Meanwhile 17 cyclists, also divided into seven teams, are making their way to Bedford, Pennsylvania, near the Flight 93 Memorial.

The money raised will fund scholarships for families of fallen and injured first responders and military.