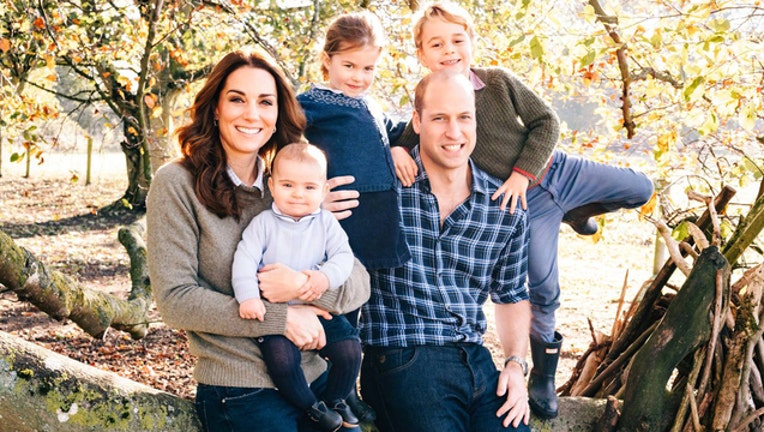 LONDON (AP) - British officials have released the photos chosen by members of the royal family for their Christmas cards.

Prince William and his wife Kate are shown outside in casual clothes, their three young children in tow. Prince Harry and Meghan chose a black and white motif that shows the newlyweds admiring a fireworks display at their evening wedding reception in May.

For ardent gardener Prince Charles and his wife Camilla, the choice was a photo that showed them gazing lovingly at one another while sitting on a bench surrounded by greenery.

And Queen Elizabeth II? Buckingham Palace officials say there are no plans to release an image of the card used by the queen and her husband, Prince Philip.