NEW YORK - At only two feet in stature, Milo the robot is making a huge difference in the lives of New Jersey students.

Milo isn’t just a robot, he’s a teacher changing the way students with autism are learning in the Belleville School District.

Gabby, 9, is one of those students.

“I love conversations with Milo the robot,” he said.

“I love conversations with Milo the robot."

The district held fundraisers to bring Milo over at the beginning of the school year. It costs more than $6,000 to buy and maintain Milo— a small price for what the school already considers to be big results.

He converses with the students on different topics— a chance for them to communicate and learn social skills in a more engaging way.

“We are looking to infuse technology into the classroom as best as we can because we want to give them as many resources to be successful as lifelong learners,” said Brian Belton, Principal of Belleville School 7.

For any skeptics, school administrators stress that Milo doesn’t replace the need for teachers.

In fact, Milo requires the use of two tablets— one for the instructor and one for the student. 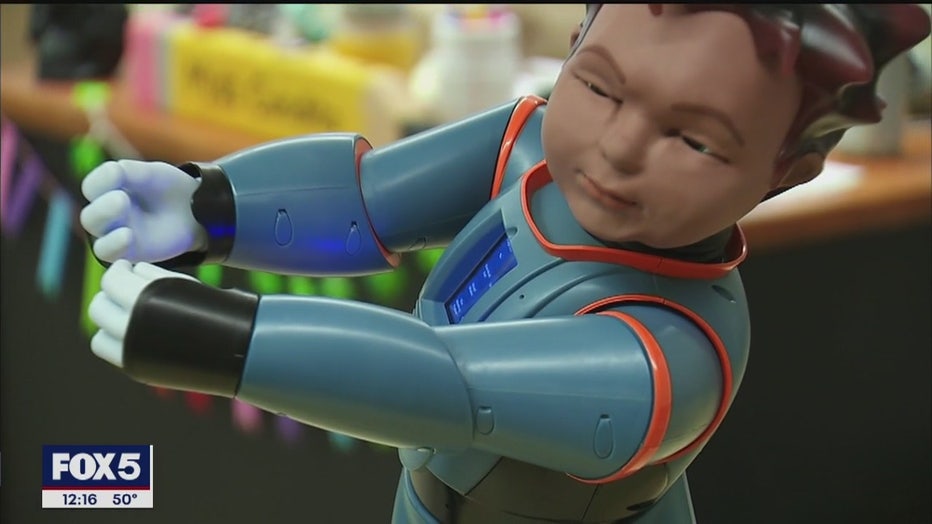 At only two feet in stature, Milo the robot is making a huge difference in the lives of New Jersey students.

“You can’t replace human interaction for any type of connection that you make with somebody. It’s something that facilitates and may enhance the communication, but we are not in any way getting rid of teachers or speech therapists in replace of robots,” said Michael Vargas, Supervisor of Special Services for the Belleville School District.

Since Milo has proven to be successful, the school is planning to bring in more robots to interact with all the students in the years to come.

The next fundraiser will take place next month in April, which happens to be Autism Awareness Month.