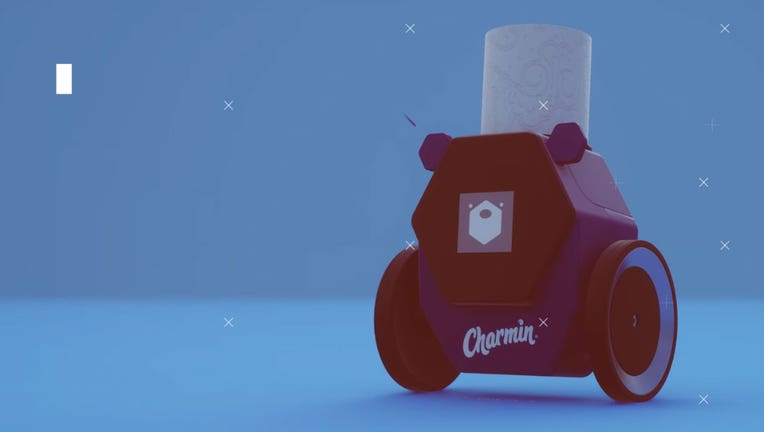 Toilet paper maker Charmin is introducing a robot that can deliver T-P to the bathroom on command.

NEW YORK - Toilet paper maker Charmin is introducing a robot that can deliver T-P to the bathroom on command.

It's called RollBot and it is controlled via a smartphone.

Using Bluetooth, a toilet-bound user can request the delivery of a fresh roll of toilet paper.

The company is rolling out the conceptual prototype at the CES 2020 in Las Vegas from Jan. 7-10th.

While the company has no current plans to sell the product commercially, it is just one of several concept products on display.

Others include SmellSense, an electronic sensor monitoring system that lets someone check how the bathroom smells before entering.  The company says it's calibrated to detect carbon dioxide or hydrogen sulfide found in flatulence.

SmellSense notifies via a GO/NO GO display on the status of the stench and when it’s safe to go in.

The company also is unveiling V.I.Pee.  It is billed as a "premium porta-potty experience" enhanced with Oculus Rift S VR so that if someone is at an event like a concert, they will not miss out on the action while they are in the potty.

Charmin Brand Director Rob Reinerman says, "The concepts we’re bringing to CES are a playful way to showcase our relentless obsession with helping people Enjoy the Go now and into the future."