Engineers at Columbia University have 3-D printed chicken and cooked it using a laser.

NEW YORK - Engineers at Columbia University have figured out a way to simultaneously 3D print chicken and cook individual layers of pureed chicken with a laser.

The scientists purchased raw chicken breast and pureed it in a food processor.  They removed the tendons, refrigerated the samples, then loaded them into 3D-printing syringe barrels.

They used a high-powered laser, a set of mirror galvanometers, a fixture for custom 3D printing, laser shielding, and a removable tray to cook the chicken.

They were able to figure out a way to both print and cook ingredients using the same machine. 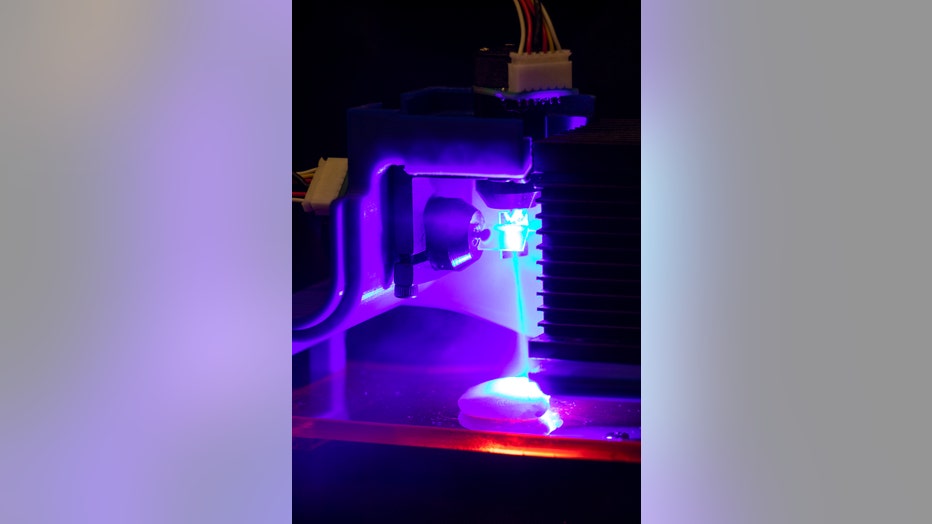 The team said the laser-cooked chicken retained twice as much moisture as traditionally cooked chicken.  Next, they are going to try to apply the cooking technique to other meats and grains.

In the future, they want to figure out ways to cook food internally and externally at the same time.  They also want to figure out how to reduce cross-contamination between cooked and raw layers.  A long-term goal would be to create software for home cooks to be able to create and customize 3D-printed meals.

The work was done at the Creative Machines Lab at the school.  Researchers there 3D printed food items as far back as 2007.