A funeral home in Uvalde has already stepped up to cover funeral costs for the 21 victims killed in a mass shooting last week. Now, a one of a kind casket designer is doing what he can to help those grieving families.

UVALDE, Texas - The Robb Elementary School teacher who propped open an exterior door that law enforcement said a gunman used to get inside and kill 19 students and two teachers had closed the door but it did not lock, state police said Tuesday.

Investigators initially said the teacher had propped the door open with a rock and did not remove it before Salvador Ramos, 18, entered the school in Uvalde, Texas, on May 24. Investigators have now determined that the teacher, who has not been identified, removed the rock and closed the door when she realized there was a shooter on campus but that it did not lock, said Travis Considine, chief communications officer for the Texas Department of Public Safety.

Considine said the teacher initially propped the door open but ran back inside to get her phone and call 911 when Ramos crashed his truck.

"She came back out while on her phone, she heard someone yell, ‘He has a gun!’, she saw him jump the fence and that he had a gun, so she ran back inside," removing the rock when she did, Considine said.

He continued: "We did verify she closed the door. The door did not lock. We know that much and now investigators are looking into why it did not lock." 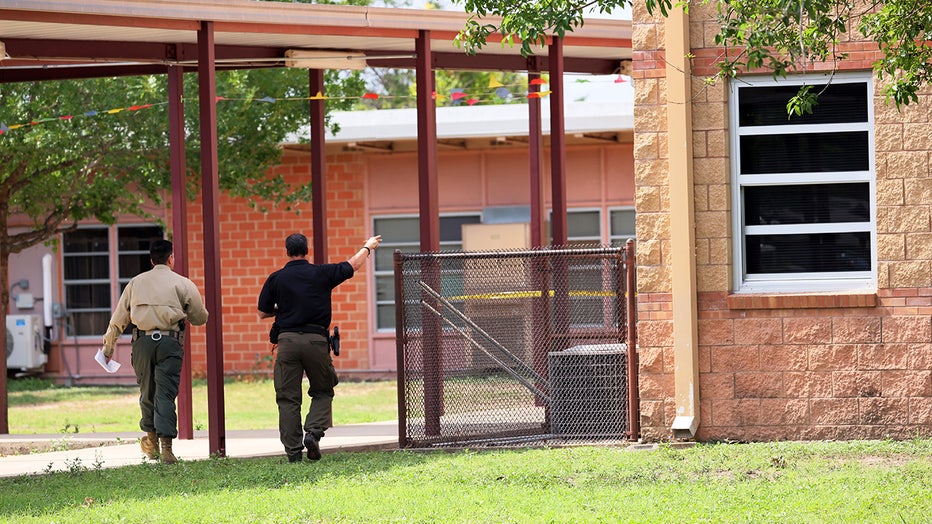 Investigators walk around Robb Elementary School, the site of the May 24th mass shooting on May 30, 2022 in Uvalde, Texas. (Photo by Michael M. Santiago/Getty Images)

San Antonio attorney Don Flanery told the San Antonio Express-News that the Robb Elementary School employee, whom he's not naming, closed the door shut after realizing that a gunman was on the loose.

"She saw the wreck," Flanary told the newspaper. "She ran back inside to get her phone to report the accident. She came back out while on the phone with 911. The men at the funeral home yelled, ‘He has a gun!’ She saw him jump the fence, and he had a gun so she ran back inside. 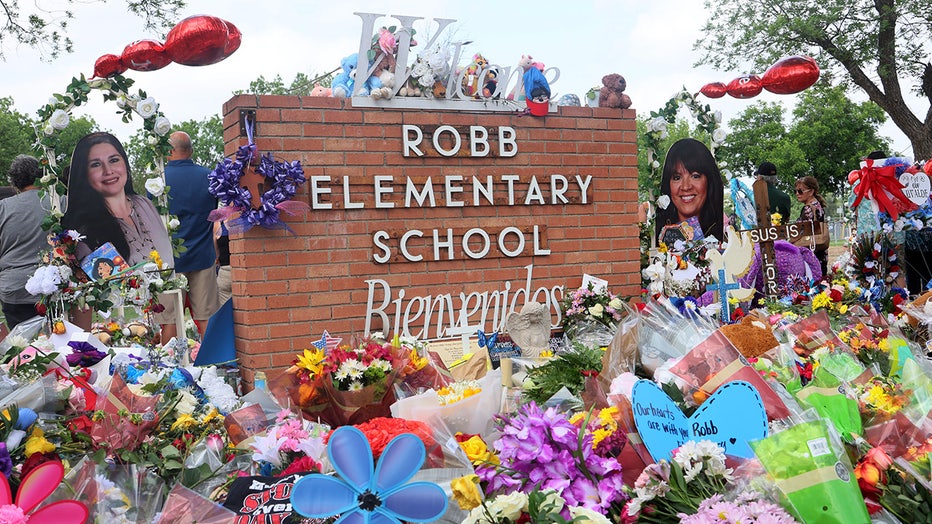 People visit a memorial for the 19 children and two adults killed on May 24th during a mass shooting at Robb Elementary School on May 30, 2022 in Uvalde, Texas. (Photo by Michael M. Santiago/Getty Images)

"She kicked the rock away when she went back in. She remembers pulling the door closed while telling 911 that he was shooting. She thought the door would lock because that door is always supposed to be locked."