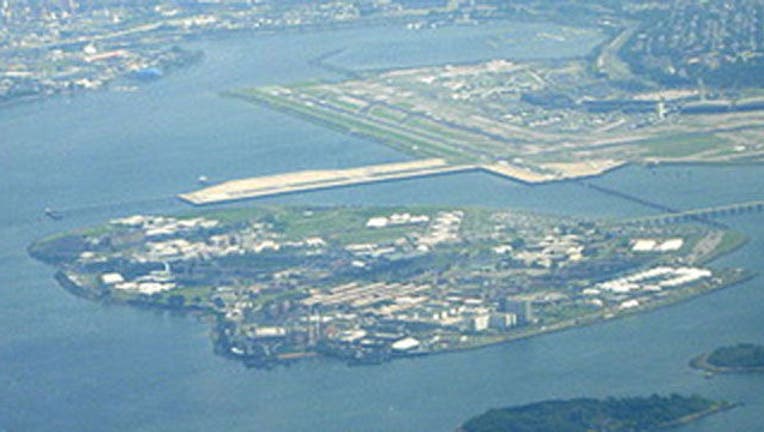 NEW YORK (AP) - Seventeen officers in the Department of Correction will face disciplinary action, including four immediate suspensions without pay, in connection with the death of a transgender woman who died at Rikers Island jail, city officials announced Friday.

Mayor Bill de Blasio announced the charges after the conclusion of an internal investigation into the death of Layleen Polanco, who died after an epileptic seizure in solitary confinement last June.

"What happened to Layleen was absolutely unacceptable and it is critical that there is accountability," de Blasio said in a statement.

The head of the correction officers' union called the disciplinary action "a disgrace."

Three officers and one captain were the corrections staffers who were suspended.

Polanco, 27, had been at Rikers since April of 2019 and remained behind bars because $500 bail had not been paid.

At the time of her death, she was in restrictive housing. A city Department of Investigation report didn't find any evidence that officers contributed to her death, but did say she was not checked on for the better part of an hour as she should have been according to DOC policy.

"We are committed to ensuring that all of our facilities are safe and humane," said DOC Commissioner Cynthia Brann. "Even one death in our custody is one too many and this swift and fair determination on internal discipline makes clear that the safety and well-being of people in our custody remains our top priority."

But Elias Husamudeen, president of the Correction Officers' Benevolent Association, said his members were being "thrown under the bus" and the suspensions "represent an egregious abuse of power that is unprecedented."

"If there is anyone who should be held responsible for the death of Layleen Polanco it's Commissioner Brann and her inept managers," he said in a statement. "We will vigorously fight these suspensions and refuse to allow this city to demonize correction officers."

Earlier this month, the Bronx District Attorney's Office declined to press any criminal charges in connection to Polanco's death.

David Shanies, an attorney for Polanco's family, said that while the discipline was welcome, the need is for institutional accountability.

“Suspending or even firing individual employees will not save the next Layleen from dying," he said in a statement. “We need to treat trans women as women. We need to end abusive solitary confinement. We need to treat people in jail as humans deserving safety and dignity."