BALTIMORE - A Baltimore restaurant issued an apology Monday after video showed a Black woman and her son being denied service because of the boy's clothes while a white child dressed a similar way had been served.

Atlas Restaurant Group, which owns Ouzo Bay, said it was disturbed by the incident and placed the manager seen in the video on “indefinite leave,” news outlets reported.

“This should have never happened,” the company said. 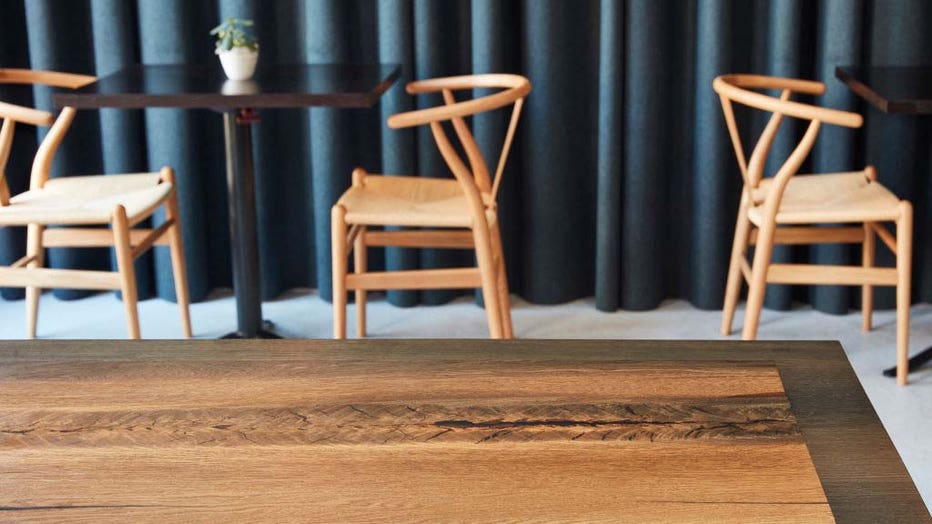 Seating at a restaurant is pictured in a file image. (Photo by: Ed Reeve/View Pictures/Universal Images Group via Getty Images)

Grant turns her camera toward a white boy at the restaurant wearing a graphic T-shirt and similar-looking shorts who was being served, but the manager replies the child wasn't wearing shorts like Grant's son.

The manager also said he didn't get a good look at the white child.

Atlas said they were immediately changing their policy so that children ages 12 and under aren't subject to the dress code. Atlas also said the dress code wasn't "intended to be discriminatory.”

Atlas was previously under fire in September for their dress code when restaurant Choptank in Fells Point banned “baggy clothing, sunglasses after dark and bandannas.” The restaurant then modified the dress code, news outlets reported.