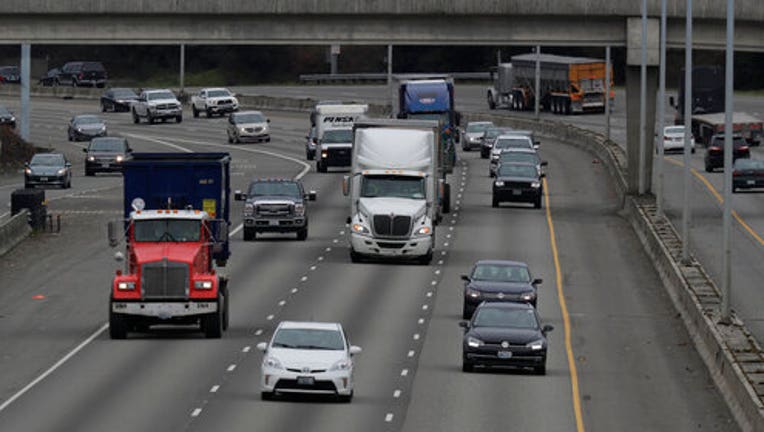 Truckers are increasingly being denied warm meals, hot showers or even a place to wash their hands as rest stops close and service stations bar access to washrooms amid the COVID-19 pandemic.

Industry representatives say shuttered truck stops and off-limits gas stations are a growing challenge across the continent for workers who form an integral part of the supply chain — from hospital goods to grocery stores, distribution centres and home delivery — at a time when millions of Canadians are staying home and non-essential businesses closing their doors.

Highway rest areas for big-riggers are likely less risky to health than a grocery store or pharmacy, which can be more crowded, he said.

In a letter to the prime minister last week, Teamsters Canada asked Ottawa to force companies to clean trucks, trains and package cars between use to prevent transmission of the virus.

On Sunday, Ontario Labour Minister Monte McNaughton tweeted photos of signs reading, "No Driver Washrooms at this Location" and "No drivers beyond this point. No washroom access."

"This is a disgrace," McNaughton said in a post. "Drivers get goods to market. Let's show them some respect."

Ken Johnston, Purolator’s head of human resources, said the problem is at least as critical in the city as on the highway, with the majority of the courier company's drivers working in urban areas at any given time.

Gas stations are typically the "last reliable place" for a rest stop, but that's changed over the past few weeks, Johnston said.

"Our couriers deliver critical supplies to hospitals, long-term care facilities and of course millions of Canadians who are now self-isolating or social distancing in their homes who need supplies. So in many ways we’re as much of a front-line worker in this effort as anyone," he said.

"Without keeping them safe and healthy, it would have downstream impacts on all these other important functions."

As the issue gained more attention Monday, Toronto Mayor John Tory urged businesses that remain open to accommodate transit workers who need to use their facilities while on the job.

"Some businesses who previously accommodated employees for mid-route bathroom breaks are either closed or they're open but no longer allowing those operators in," the mayor said in a news conference Monday.

"Those operators — those bus drivers and streetcar operators and others — are serving us at a time when we need them to serve us, and we need to help them as they carry out their duties for us."

This report by The Canadian Press was first published March 30, 2020.