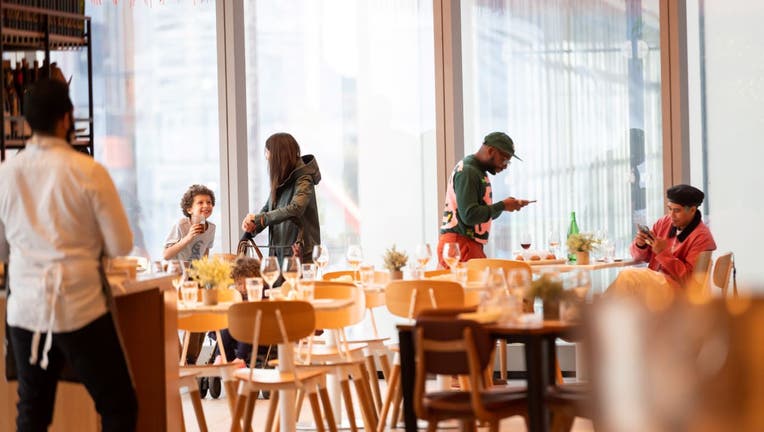 A new study by researchers at MIT is contradicting advice we've been given about the importance of social distancing to avoid the coronavirus.

The study showed that people who maintain six feet of distance from others indoors are no more protected than if they socially distanced by 60 feet.

According to the researchers, other calculations of the risk of indoor transmission have omitted too many factors to accurately quantify that risk.

"We need scientific information conveyed to the public in a way that is not just fear-mongering but is actually based in analysis," the author of the study said.

The risk of being exposed to Covid-19 indoors is as great at 60 feet as it is at 6 feet — even when wearing a mask, according to a new study by Massachusetts Institute of Technology researchers who challenge social distancing guidelines adopted across the world.

MIT professors Martin Bazant, who teaches chemical engineering and applied mathematics, and John Bush, who teaches applied mathematics, developed a method of calculating exposure risk to Covid-19 in an indoor setting that factors in a variety of issues that could affect transmission, including the amount of time spent inside, air filtration and circulation, immunization, variant strains, mask use and even respiratory activity such as breathing, eating, speaking or singing.

Bazant and Bush question long-held Covid-19 guidelines from the Centers for Disease Control and Prevention and World Health Organization in a peer-reviewed study published earlier this week in Proceedings of the National Academy of Science of the United States of America.

"We argue there really isn’t much of a benefit to the six-foot rule, especially when people are wearing masks," Bazant said. "It really has no physical basis because the air a person is breathing while wearing a mask tends to rise and comes down elsewhere in the room so you’re more exposed to the average background than you are to a person at a distance."

The important variable the CDC and WHO have overlooked is the amount of time spent indoors, Bazant said. The longer someone is inside with an infected person, the greater the chance of transmission, he said.

Opening windows or installing new fans to keep the air moving could also be just as effective or more effective than spending large amounts of money on a new filtration system, he said.

Bazant also says that guidelines enforcing indoor occupancy caps are flawed. He said 20 people gathered inside for 1 minute is probably fine, but not over the course of several hours, he said.

There has been an increase in sleep disorders during the pandemic.

"What our analysis continues to show is that many spaces that have been shut down in fact don’t need to be. Often times the space is large enough, the ventilation is good enough, the amount of time people spend together is such that those spaces can be safely operated even at full capacity and the scientific support for reduced capacity in those spaces is really not very good," Bazant explained. "I think if you run the numbers, even right now for many types of spaces you’d find that there is not a need for occupancy restrictions."

Six-feet social distancing rules that inadvertently result in closed businesses and schools are "just not reasonable," according to Bazant.

"This emphasis on distancing has been really misplaced from the very beginning. The CDC or WHO have never really provided justification for it, they’ve just said this is what you must do and the only justification I’m aware of, is based on studies of coughs and sneezes, where they look at the largest particles that might sediment onto the floor and even then it’s very approximate, you can certainly have longer or shorter range, large droplets," Bazant said.

"The distancing isn’t helping you that much and it’s also giving you a false sense of security because you’re as safe at six feet as you are at 60 feet if you’re indoors. Everyone in that space is at roughly the same risk, actually," he noted.

Pathogen-laced droplets travel through the air indoors when people talk, breathe or eat. It is now known that airborne transmission plays a huge role in the spread of Covid-19, compared to the earlier months of the pandemic where hand washing was considered the leading recommendation to avoid transmission.

Those droplets from one’s warm exhalation mix with body heat and air currents in the area to rise and travel throughout the entire room, no matter how socially distanced a person is. People seem to be more exposed to that "background" air than they are by droplets from a distance, according to the study.