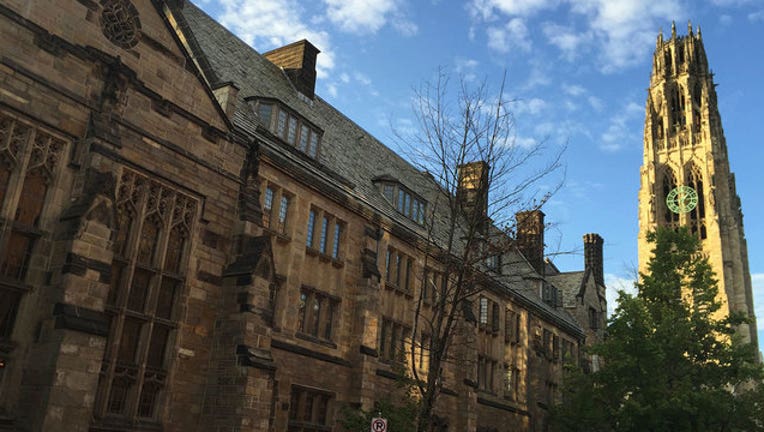 HARTFORD, Conn. (AP) - A Yale University psychiatry professor sexually assaulted five students at a research facility on the Caribbean island of St. Kitts and committed sexual misconduct against at least eight others, according to a former federal prosecutor's report released Tuesday.

Commissioned by Yale, the report by former Connecticut U.S. Attorney Deirdre Daly investigated the conduct of Dr. D. Eugene Redmond, who retired last year from the Yale School of Medicine after 44 years, amid disciplinary proceedings.

Redmond has denied the allegations. Messages seeking comment were left with Redmond and his lawyer Tuesday. No criminal charges have been filed.

Daly concluded Redmond sexually assaulted two students in the early 1990s and three others between 2010 and 2017. She reported the assaults involved nonconsensual touching of male students, including when they were intoxicated.

The report said Yale officials failed to adequately respond to sexual misconduct complaints against Redmond first brought by students in 1994.

"We found no evidence that any faculty, staff, or administrators at Yale had actual knowledge of Redmond's sexual misconduct before it was reported," the report said. "Nevertheless, it is equally clear that if Yale had implemented a longstanding monitoring program after the 1994 investigation, Redmond's ongoing misconduct might well have been detected and stopped."

In a statement Tuesday, Yale President Peter Salovey called Redmond's alleged actions "reprehensible and antithetical to the educational mission of our university."

"The behaviors in question violate every expectation we have of our faculty, and the trust our students, and society, place in educators," Salovey said. "On behalf of Yale, I am deeply sorry Redmond's behavior was not stopped once and for all after it was first reported."

Salovey said Yale is taking a number of actions in response to the report, including adding oversight to university-related internships and overnight programs. He also said Yale's disciplinary process will be improved.

The allegations arose out of a summer internship program that was run by Redmond at a research facility on St. Kitts, the school has said.

Redmond agreed to end the internship program after the 1994 allegations, which could not be verified, Yale officials said earlier this year.

Redmond subsequently revived that program and two more allegations surfaced, one of which led to disciplinary proceedings last year. The other was brought forward in January, the school said.

Redmond's retirement came after he was found responsible of sexual harassment by Yale's University-Wide Committee on Sexual Misconduct.

In January, Yale announced that it hired Finn Dixon & Herling, the Stamford law firm where Daly works, to investigate Redmond.

Daly said the firm interviewed 110 witnesses, including 38 current and former students, most of whom were Yale undergraduates at the time of the alleged assaults and misconduct. Thirty-four Yale professors and administrators also were interviewed.

"We found the students' accounts to be highly credible," the report said. "There were no eyewitnesses to the assaults ... but each incident is corroborated, at least in part, by written communications and interviews with family members, friends, or therapists to whom the students reported the incidents."