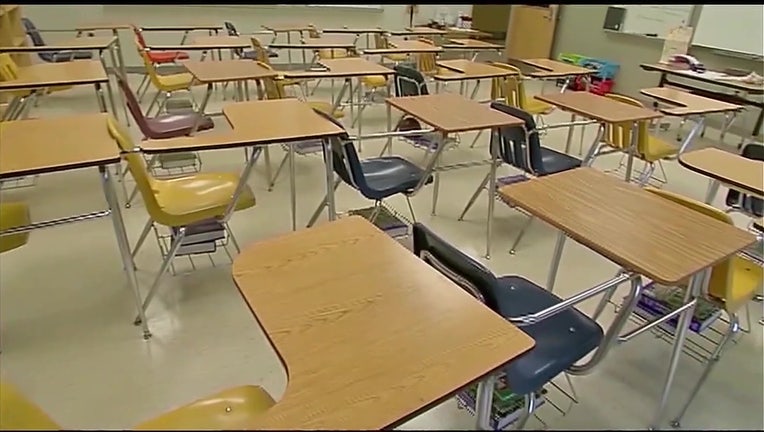 LONG ISLAND - A mother told the Daily News on Sunday that the white headmaster of a Catholic school on Long Island forced her son, an 11-year-old Black student, to kneel while apologizing to a teacher and later explained that the punishment was an "African way."

Headmaster John Holian of St. Martin de Porres Marianist school in Uniondale was placed on temporary leave after details of the Feb. 25 incident came to light.

The student's mother, Trisha Paul, told the newspaper that her son, Trayson, finished his reading early that day and took out another assignment.

Paul said the boy's English teacher reprimanded Trayson for working on the wrong assignment, ripped up the paper and marched him to Holian's office, where the headmaster told the sixth-grader to get on his knees and apologize to the teacher.

Paul said she called the school on March 1 and asked Holian if forcing students to kneel was standard disciplinary practice.

Holian said it was not but added that he’d learned the approach from a Nigerian father who said it was an "African way" of apologizing, Paul said.

"Once he started mentioning this African family, that’s when it just clicked," Paul, who is Haitian American, told the newspaper. "Like, this is not normal procedure. I felt there was no relevance at all. Is he generalizing that everyone who is Black is African? That’s when I realized something is not right with this situation."

The newspaper said that after it made inquiries about the forced kneeling, school officials sent an email to parents saying Holian had been placed on temporary leave pending an investigation.

"I want to assure you that St. Martin’s neither condones nor accepts the actions of our headmaster," acting headmaster James Conway wrote in the email Friday. "The incident does not reflect our long, established values or the established protocols regarding student related issues."

The newspaper said Holian himself declined to comment on the specifics of Paul’s complaint, saying only that "we love our students here" and noting that the "vast majority" are students of color.

Paul said her normally outgoing son has been reserved since the incident.

"My son was humiliated, hurt, embarrassed, sad and confused," she said. "He reads about things happening because of your skin color. To experience it. ... he’s just trying to process it in his 11-year-old brain."