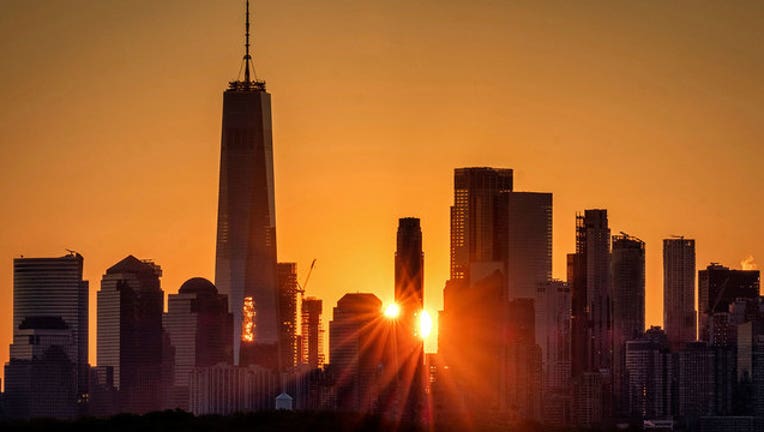 The sunlight flares around the buildings in lower Manhattan as the sun rises, Monday, July 1, 2019, in New York.(AP Photo/J. David Ake)

NEW YORK (FOX 5 NY) - Living in New York City can be tough, and a new report says that every day, hundreds of New Yorkers are saying they’ve had enough.

According to 2018 Census data compiled by Bloomberg, New York City leads all metropolitan areas in the U.S. in net population loss, with 277 people leaving every day, more than twice the number of people who left in 2017.  Los Angeles and Chicago were next with net daily losses of 201 and 161 residents, respectively.

New York state as a whole is seeing a population decline.  Gov. Andrew Cuomo famously blamed bad weather for the decline instead of taxes or other costs as the reason.

While New York continues to attract immigrants from other countries, a study last year found that it led the nation in net migration to other states.