The operators of many independent performance spaces are still waiting for relief from Washington.

The $16.1 billion Save Our Stages Act was passed six months ago and was intended to help live venues and movie theaters that were forced to close by the coronavirus pandemic.

But six weeks after they began taking applications, just 90 businesses have been awarded one of the Shuttered Venue Operators Grants, with over 14,000 having applied for one.

According to a report from the Small Business Administration, 14,020 applications have been issued, requesting roughly $11.4 billion in funds and 4,661 are currently under review. But just a fraction of that money has been awarded so far, with a mere $127.9 million being given to businesses.

New York is currently second in the number of applicants awarded grants, with 10 venues given a total of $16.3 million.

According to the New York Times, thousands of applicants are tangled in technical glitches and bureaucratic red tape, including an error that led to many people being inaccurately considered dead.

The SVOG program is intended to provide eligible movie theaters, live venues, performing arts organizations and more with grants equalling 45% of their 2019 gross earned revenue, up to a maximum of $10 million.

"Nearly six months later, the SBA’s repeated errors and delays have endangered the very businesses and organizations the program was designed to help. The SBA has now missed its June 9 deadline to grant funds to those businesses suffering 90% or more losses and to begin making grants to the second tier of businesses suffering 70% or more losses," the National Independent Venue Association wrote in a letter to Congress. "SVOG stakeholders are experiencing a talent drain, cannot reopen, and are hanging on by a thread because this funding is not arriving quickly enough. If SBA doesn’t urgently issue funding while addressing interagency challenges, small businesses that have done everything they could to scrape by and hold on will close due to no fault of their own." 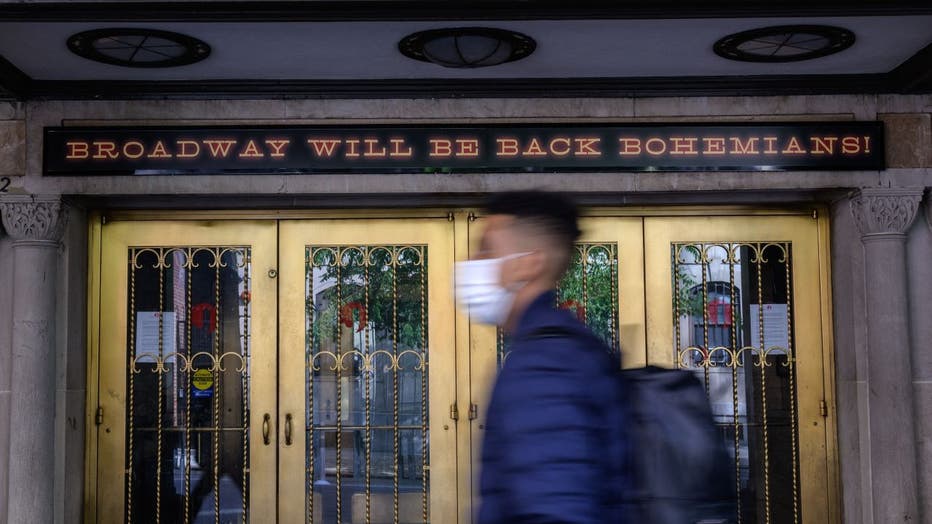 People walk past a closed Broadway theater on May 6, 2021 in New York City. (Photo by Angela Weiss / AFP)