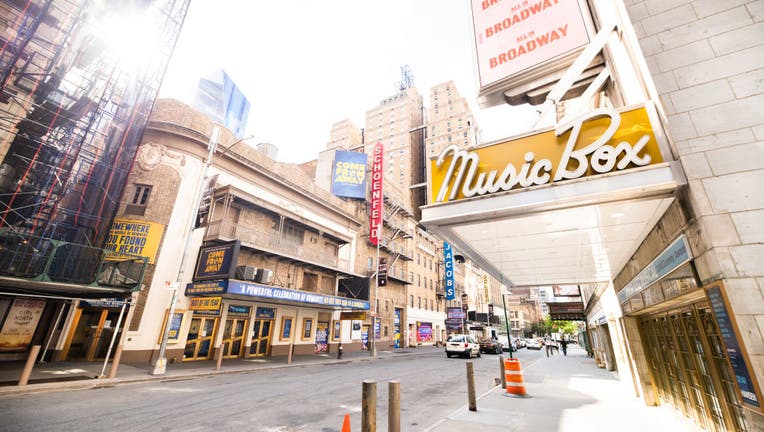 A view of the Schoenfeld Theatre and Music Box theater in Times Square. (Photo by Noam Galai/Getty Images) (Getty Images)

NEW YORK (AP) - A new report on racial representation on New York stages has found that little has been changing — there remains an over-representation of white actors, writers and directors.

The annual study, “The Visibility Report: Racial Representation on NYC Stages,” from the Asian American Performers Action Coalition in partnership with the American Theatre Wing, analyzed the 18 largest nonprofit theaters as well as Broadway companies in New York City during the 2017-18 season.

Over 61% of all roles on New York City stages went to white actors, a rate double the population of white people in New York City (32.1% of residents). According to the study, 23.2% of roles went to Black actors, 6.9% to Asian American actors and 6.1% to Latino actors. That represents a slight improvement from the previous season, which had 67% white actors, 18.6% Black actors, 7.3% Asian actors and 5% Latino actors.

The 2017-18 season did see some breakthroughs for people of color — including Young Jean Lee becoming the first Asian American woman playwright produced on Broadway and the Tony-winning “The Band's Visit,” a musical set in the Middle East. But the report warned against celebrating examples that “often serve as the poster child of diversity for a particular season, encouraging a false sense of progress.”