OMAHA, Neb. - At least 59,000 meatpacking workers caught COVID-19 and 269 workers died when the virus tore through the industry last year, which is significantly more than previously thought, according to a new U.S. House report released Wednesday.

The meatpacking industry was one of the early epicenters of the coronavirus pandemic, with workers standing shoulder-to-shoulder along production lines. The U.S. House Select Subcommittee on the Coronavirus Crisis, which examined internal documents from five of the biggest meatpacking companies, said companies could have done more to protect their workers.

The new estimate of infections in the industry is nearly three times higher than the 22,400 that the United Food and Commercial Workers Union has said were infected or exposed. And the true number could be even higher because the companies' data didn't generally include coronavirus cases confirmed by outside testing or self reported by employees.

At the height of the outbreaks in the spring of 2020, U.S. meatpacking production fell to about 60% of normal as several major plants were forced to temporarily close for deep cleaning and safety upgrades or operated at slower speeds because of worker shortages. The report said companies were slow to take protective steps such as distributing protective equipment and installing barriers between work stations. 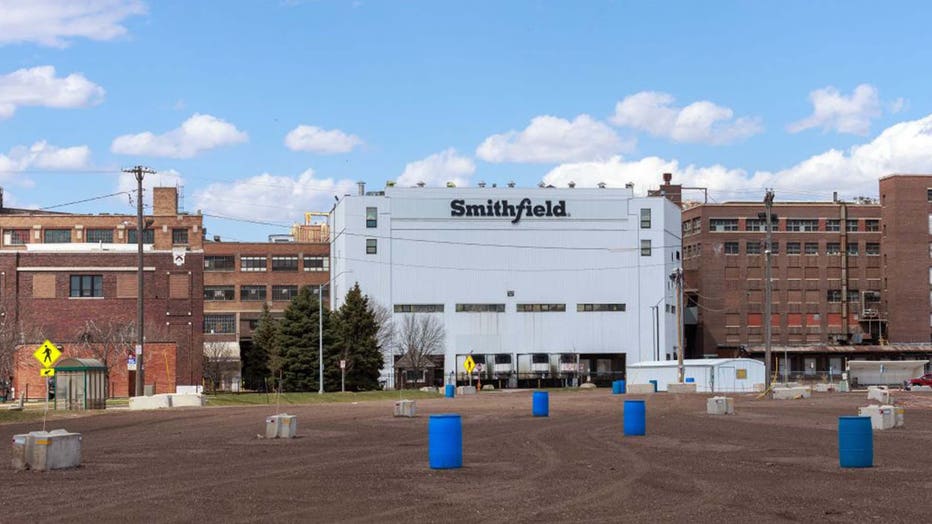 "Instead of addressing the clear indications that workers were contracting the coronavirus at alarming rates due to conditions in meatpacking facilities, meatpacking companies prioritized profits and production over worker safety, continuing to employ practices that led to crowded facilities in which the virus spread easily," the report said.

Martin Rosas, who represents a UFCW chapter based in Kansas with over 17,000 members in three states, said the union pressed companies for better protections.

"The harsh reality is that many of the companies were slow to act in the early days of the outbreak, and whatever progress that was achieved was due to the union demanding action," Rosas said.

The report is based on documents from JBS, Tyson Foods, Smithfield Foods, Cargill and National Beef. Together they control over 80% of the beef market and over 60% of the pork market nationwide.

The North American Meat Institute trade group defended the industry’s response to the pandemic. And Cargill, Tyson, Smithfield and JBS released statements Wednesday saying they worked aggressively to meet federal health and safety standards and took additional measures to protect their employees, such as conducting widespread testing and urging employees to get vaccinated.

"The health and safety of our team members always comes first and our response since the onset of the pandemic has demonstrated that commitment, with an investment of more than $760 million to date. We have taken aggressive action to keep the virus out of our facilities and adopted hundreds of safety measures that often outpaced federal guidance and industry standards," JBS spokeswoman Nikki Richardson said.

The companies expressed regret at the toll the virus has taken.

"Even one illness or loss of life to COVID-19 is one too many, which is why we’ve taken progressive action from the start of the pandemic to protect the health and safety of our workers," Tyson spokesman Gary Mickelson said.

The report said infection rates were especially high at some meatpacking plants between the spring of 2020 and early 2021. At a JBS plant in Hyrum, Utah, 54% of the workforce contracted the virus. Nearly 50% of workers at a Tyson plant in Amarillo, Texas, were infected. And 44% of employees at National Beef’s plant in Tama, Iowa, caught COVID-19.

The report said internal documents show Smithfield aggressively pushed back against government safety recommendations after experts from the Centers for Disease Control and Prevention inspected its pork plant in Sioux Falls, South Dakota, after a major outbreak. A few days earlier, Smithfield's CEO told the CEO of National Beef in an email that "Employees are afraid to come to work."

"Some of these companies are treating the workers in the plants not much better than the animals that go through them," Raskin said.

Debbie Berkowitz, with Georgetown University's Kalmanovitz Initiative for Labor and the Working Poor, said the industry was slow to respond and federal regulators didn't force companies to act.

"When the pandemic hit, of course it was going to hit meatpacking plants really hard and really fast," said Berkowitz, a former OSHA official who testified Wednesday. "What was the industry’s response — not to protect workers and mitigate the spread of COVID-19, not to separate workers 6 feet apart, which was the earlier guidance that came out in late February — but to just keep on going."