NEW YORK - The coronavirus pandemic has caused untold economic hardships for millions of Americans, with people struggling to afford basic necessities, including rent.

Lena Melendez and her husband have been living in a rent-stabilized apartment in Washington Heights, but have not been able to pay rent since May.

“We only had one unemployment check to live on for months and we had to eat,” Melendez told FOX 5 NY. 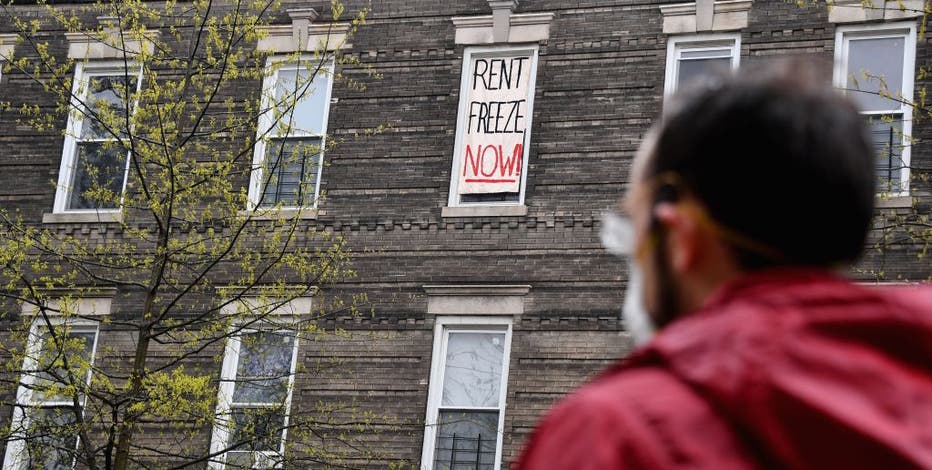 Tenants behind on rent in pandemic face harassment, eviction

The coronavirus pandemic has shut housing courts and prompted most states and federal authorities to initiate policies protecting renters from eviction. But not everyone is covered and a number of landlords -- some desperate to pay their mortgages themselves -- are turning to threats and harassment to force tenants out.

And they are not alone. According to Michael Johnson, Communications Director for the Community Housing Improvement Program, a group that represents mostly landlords of rent-stabilized buildings, nearly a quarter of renters haven’t paid rent since April.

“We are seeing about 20 percent of our members reporting that fewer than 60 percent of their tenants are paying,” Johnson said.

Johnson said that landlords have bills piling up and with little or no savings left, their livelihoods are at risk.

“We have owners that have owned buildings for two, three decades and this is the first time that they’re struggling to pay property taxes,” Johnson said.

According to Johnson, if owners are unable to pay those property taxes, they will put their buildings up for sale, which could be a breaking point for the rental market and for the economy of the city.

“If property tax payments come in at 10 percent below what was expected, we’re talking about billions of dollars that the city relies on for their budget,” Johnson said.

Johnson told FOX 5 NY that the federal government needs to step in to help both tenants and landlords to avert a major crisis.