How to see the comet Leonard as it passes Earth

TAMPA, Fla. - A comet that was only discovered this year is expected to fly by Earth next week on its journey through the solar system. Stargazers may want to make an effort to catch a glimpse because it will be our only chance to observe the celestial object.

The recently discovered comet – called Leonard – is on its way into the inner solar system.

"It was found actually just January 3 of this year, and it's actually been kind of screaming through the deep space on a 35,000-year trajectory, we suspect," explained Maxwell Green, MOSI planetarium specialist.

The comet is already visible here on Earth. Leonard can be spotted in the east, just before the sun rises, passing between Arcturus and the handle of the Big Dipper. 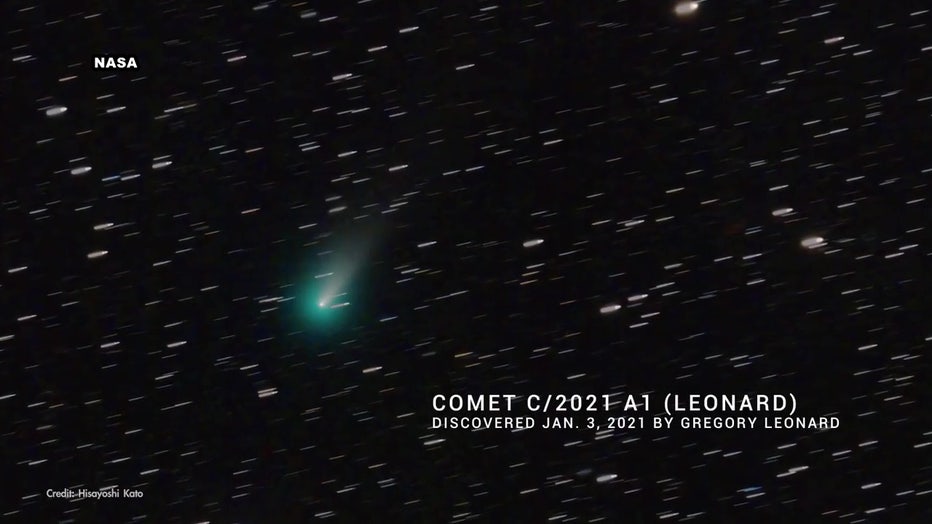 The comet Leonard was named for the man who discovered it, Gregory Leonard, earlier this year

"It might possibly be found by the naked eye, but most likely you're going to need a telescope," Green said. "Comets can look like a strange, diffused ball of light drifting through the sky."

Leonard may be the brightest comet visible on Earth this year, but according to NASA, comets are notoriously difficult to predict in terms of brightness and visibility.

RELATED: Antarctica observes total eclipse, next one expected in 2039

As Leonard makes its closest encounter with our planet, the comet will approach Earth’s horizon around December 12, meaning it will likely be brighter, but more challenging to observe. 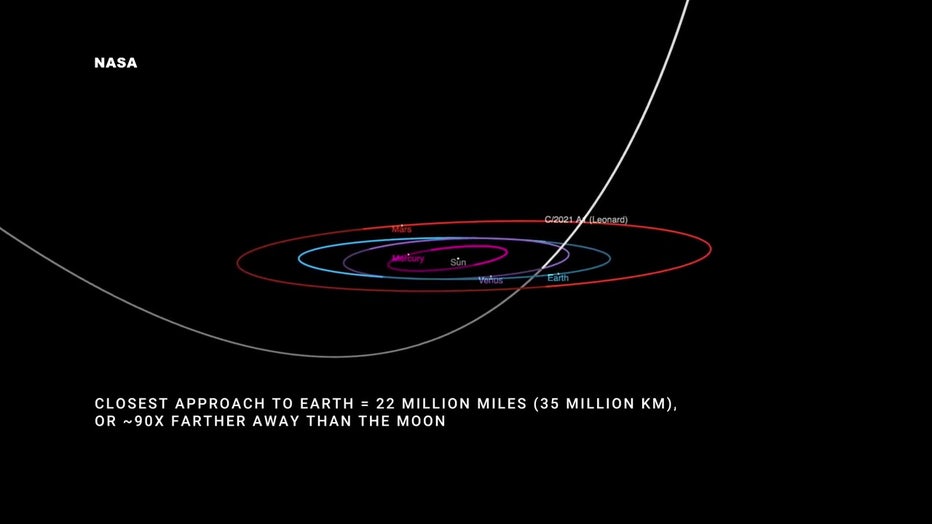 "It'll be about 21 million miles away at that point," said Green.

Around December 14, Leonard switches over to being an evening object, showing up in the sky about an hour after the sun sets. As the days go on, the comet will progressively fade in brightness as it heads toward the sun. 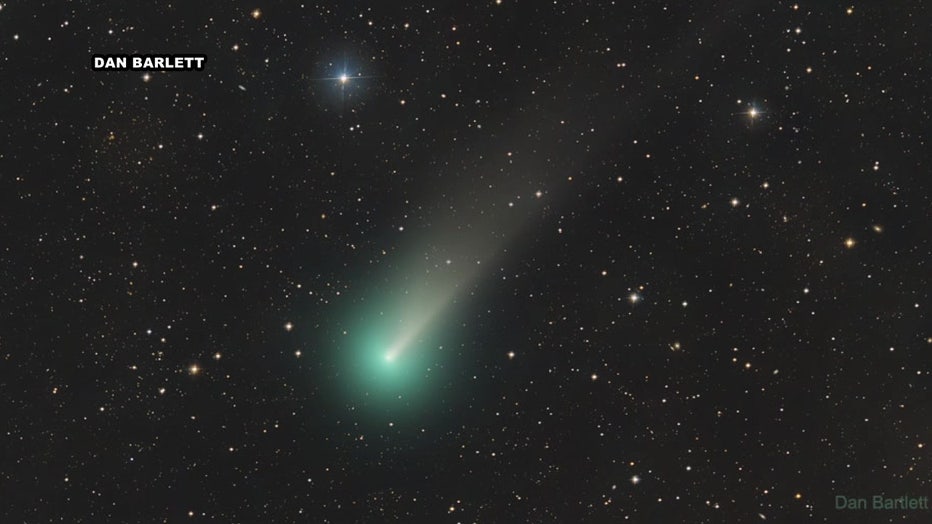 The comet Leonard was named for the man who discovered it, Gregory Leonard, earlier this year

The next two weeks will provide the only chance to see the comet; NASA says it is unlikely to return to the inner solar system.

"Comets are wily. Their trajectories are greatly influenced by the things around them. So there's a possibility that this comet may actually hook around the sun, but not make it back," Green said.