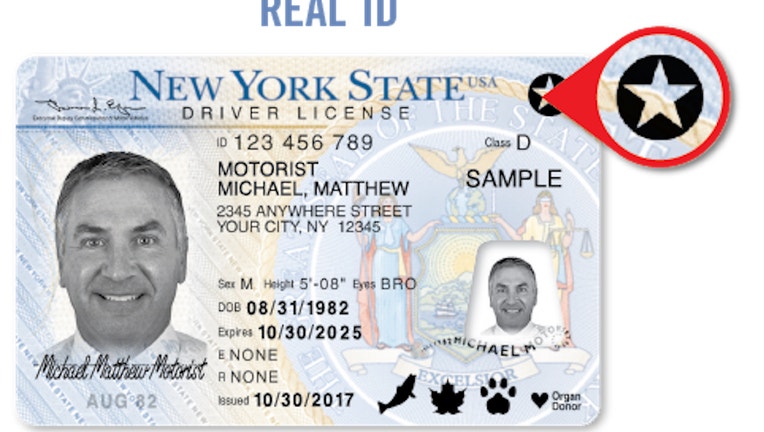 NEW YORK - If you haven't yet gotten a driver's license that complies with the federal government's stricter REAL ID law in order to board a plane for a domestic flight, you're getting an extra year to do that.

The U.S. Department of Homeland Security delayed the deadline for REAL ID enforcement to Oct. 1, 2021, due to the crisis caused by the global coronavirus pandemic.

"Our state and local partners are working tirelessly with the [Trump] Administration to flatten the curve and, therefore, we want to remove any impediments to response and recovery efforts," Acting Homeland Security Secretary Chad Wolf said in a statement. "States across the country are temporarily closing or restricting access to DMVs. This action will preclude millions of people from applying for and receiving their REAL ID."

The stricter rules governing identification that is acceptable for boarding planes, entering federal buildings (including courthouses), and military bases come from the REAL ID Act, which the U.S. Congress passed in 2005, based on the 9/11 Commission's recommendation that federal government "set standards for the issuance of sources of identification, such as driver's licenses."

But this one-year delay in enforcement is especially helpful to New Jersey residents because the Garden State's compliance with REAL ID was still "under review." (On March 13, New Jersey Gov. Phil Murphy asked DHS for an extension because of the virus crisis.)

New York and Connecticut were already compliant, according to DHS.

A REAL ID-compliant driver's license or state-issued non-driver ID has a star inside a black circle at the top of the card.

One thing to realize, though. You don't have to get a REAL ID-compliant driver's license to board a plane or enter a federal building if you have another form of identification that complies with the REAL ID Act.