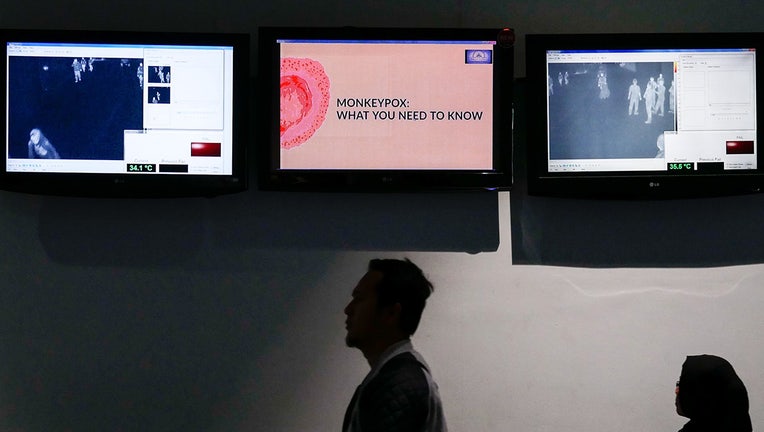 NEW YORK - A Maryland resident who recently returned from Nigeria has been diagnosed with the virus monkeypox, according to state health officials.  They say the person is recovering in isolation.

The Maryland Department of Health department did not indicate where the person lives in the state.

"Public health authorities have identified and continue to follow up with those who may have been in contact with the diagnosed individual," said Deputy Secretary for Public Health Dr. Jinlene Chan. "Our response in close coordination with CDC officials demonstrates the importance of maintaining a strong public health infrastructure."

Monkeypox is in the same family as smallpox, but causes a milder infection, the health department says.

It can be spread between people through direct contact with skin lesions or body fluids, or contaminated materials such as clothing or linens. It can also be spread through large respiratory droplets which generally cannot travel more than a few feet, and prolonged face-to-face contact is required.

Monkeypox begins with fever, headache, muscle aches, and exhaustion. The main difference between symptoms of smallpox and monkeypox is that monkeypox causes lymph nodes to swell (lymphadenopathy) while smallpox does not.

Human monkeypox infections primarily occur in central and western African countries and have only rarely been documented outside of Africa. Although all strains can cause infection, those circulating in western Africa, where Nigeria is located, generally cause less severe disease.

The incubation period (time from infection to symptoms) for monkeypox is usually 7−14 days but can range from 5−21 days.

State health officials said they were working with the CDC on the case.

Monkeypox was first discovered in 1958 when two outbreaks of a pox-like disease occurred in colonies of monkeys kept for research, hence the name ‘monkeypox.’

The first human case of monkeypox was recorded in 1970 in the Democratic Republic of Congo during a period of intensified effort to eliminate smallpox, according to the CDC.