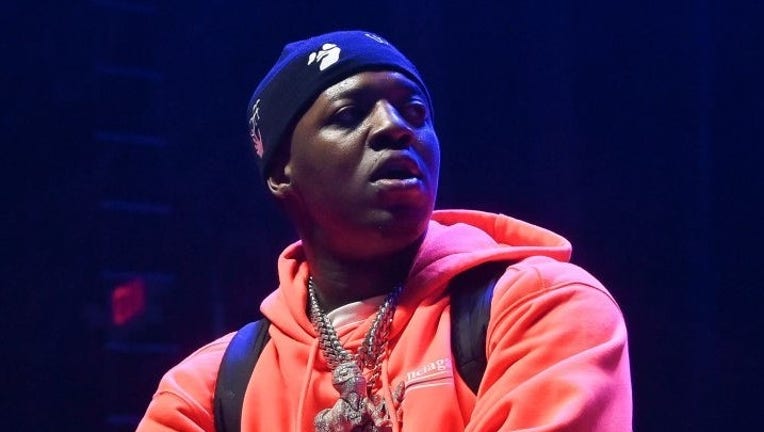 NEW YORK - A rapper known as "Lil Zay Osama" was arrested in New York City on Thursday after he allegedly left a machine gun inside an Uber car, according to federal prosecutors.

Authorities say the rapper, whose real name is Isaiah Dukes, was picked up at a hotel by the rideshare vehicle and the driver noticed that he was holding a firearm, which was later identified as a loaded Glock 22 .40 caliber pistol that was "affixed with a switch device, rendering the gun to be a machine gun."

After dropping off Dukes and his associates at a recording studio in Queens, the driver saw that Dukes had left the gun in his car. The driver then alerted the police.

The gun had one round in the chamber and nine rounds in the magazine, according to the Joint Firearms Task Force of the Bureau of Alcohol, Tobacco, Firearms and Explosives and the NYPD.

Lives on the line for rap

Fame and fortune sometimes come with a very steep price for hip-hop artists: their lives. Just last week, rapper PNB Rock was shot and killed. It was the latest in a series of murders targeting hip-hop artists. Does becoming a rapper mean putting your own safety on the line?