Rapper Lil Tjay was arrested Monday in the Bronx over an alleged weapons violation.

NEW YORK - Rapper Lil Tjay was arrested Monday in the Bronx over an alleged weapons violation.

Four people were taken into custody, including Lil Tjay. 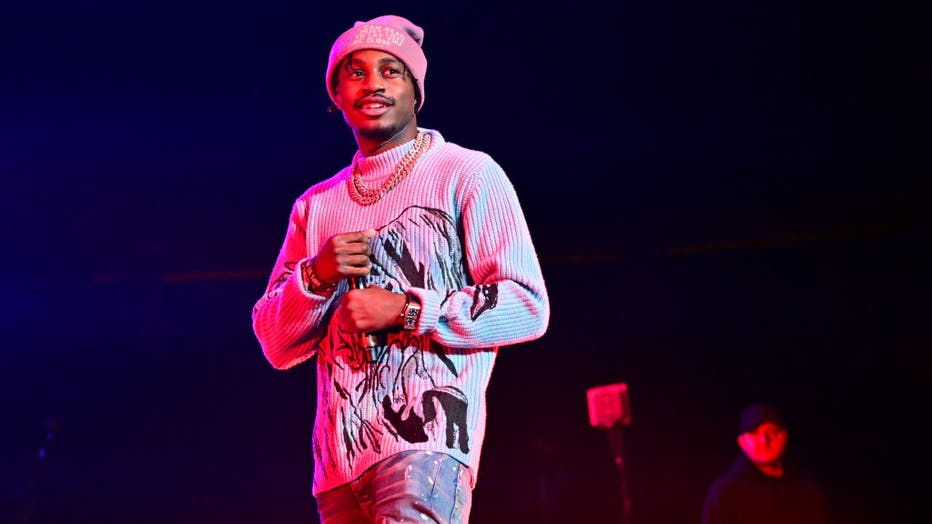 Charges against the 21-year-old rapper, whose real name is Jayden Merritt, are pending.

According to TMZ, Tjay was reportedly on his way to film a music video with fellow rapper Ice Spice.

Last year, Lil Tjay was shot seven times in a robbery attempt in Edgewater, New Jersey that left him in critical condition.  He was shot outside a Chipotle restaurant just after midnight on a June evening.

The Bronx native's most recent hit song "Beat the Odds" has more than 24 million views on YouTube.

There have been several arrests in connection with the shooting of the rapper Lil TJay in what appears to be a robbery gone wrong.