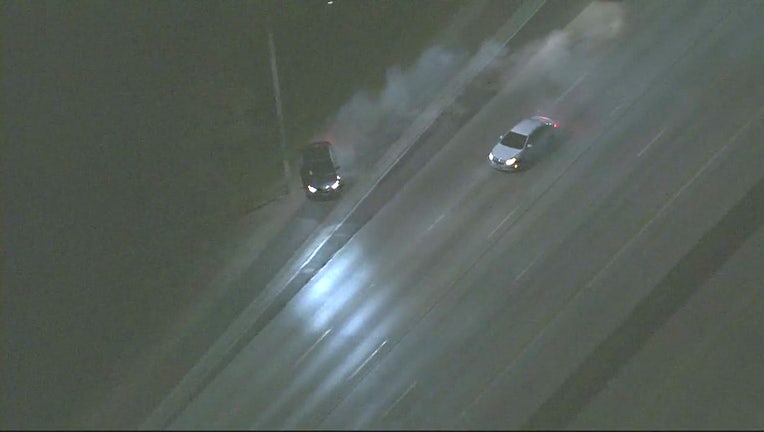 LOS ANGELES - A pursuit for a suspected stolen vehicle Thursday night ended in a violent crash on the southbound 405 Freeway at Victory Boulevard in the Van Nuys area.

At least two people were ejected from the suspect vehicle after colliding with another vehicle and spinning out of control across lanes of the freeway before hitting a post on the shoulder.

First responders transported multiple people to a local hospital. Two other people were detained by authorities after a brief foot pursuit following the crash.

By Friday morning, officials say one of the teens was in critical condition with a fractured skull and the other teens were stable with various injuries. 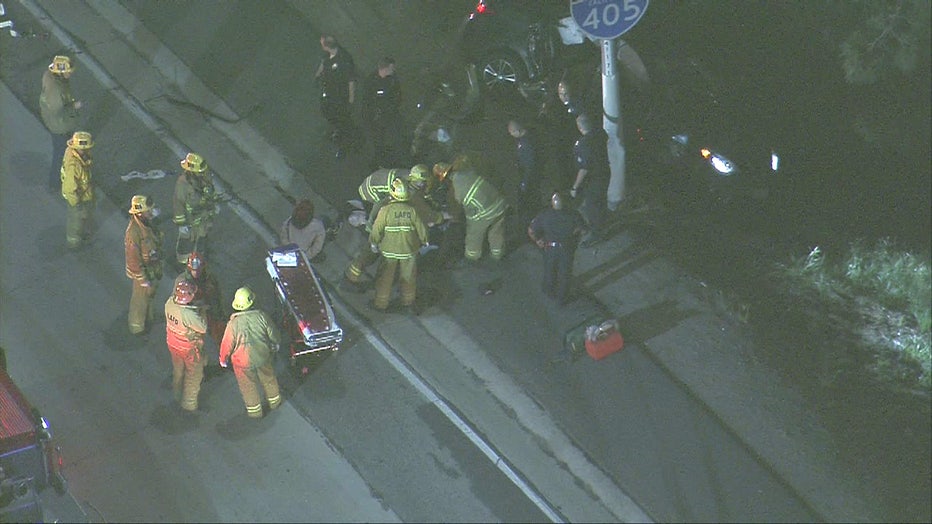 According to authorities, the 18-year-old driver was treated and released and remains under police custody, officials said.