NEW YORK - Tensions over police shootings of black men across the country have reignited after the shooting of Jacob Blake in Kenosha, Wisconsin.

Hundreds had gathered in Times Square Monday night before marching through Washington Square, Foley Square, and eventually over the Brooklyn Bridge.

Protests in downtown Kenosha turned violent as windows were smashed and cars at a dealership were set on fire. The County of Kenosha’s sheriff announced an emergency curfew in response to the late-night protests.

The shooting in broad daylight on Sunday by police was captured on cellphone video that quickly spread on social media. It comes three months after the death of George Floyd at the hands of Minneapolis police set off demonstrations around the United States and touched off a wider reckoning on race.

Two of the officers involved in Blake’s shooting were put on administrative leave. Black was hospitalized in serious condition. His father announced Tuesday that Blake was paralyzed from the waist down.

The Wisconsin Department of Justice was investigating the incident. 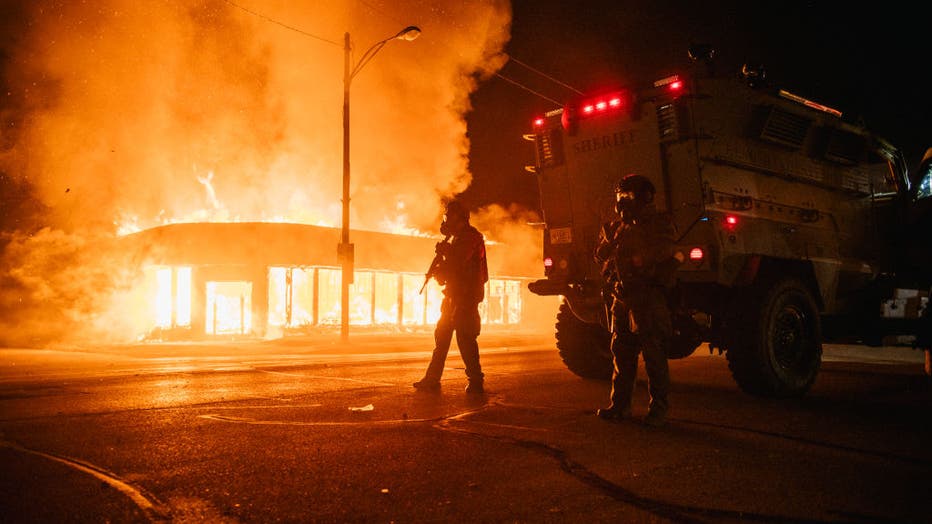 KENOSHA, WI - AUGUST 24: A police armored vehicle patrols an intersection on August 24, 2020 in Kenosha, Wisconsin. This is the second night of rioting after the shooting of Jacob Blake, 29, on August 23. Blake was shot multiple times in the back by