Protestors cause chaos for evening rush

Demonstrators stormed Grand Central Terminal on Friday to protest over-policing on the subway and calling for the MTA to make all public transit free.

NEW YORK - Thousands of demonstrators gathered in Grand Central Terminal and in subway stations across New York City to protest the presence of police officers in the city's  subway system and transit fares on Friday evening.

The group behind this protest and so-called fare strike is known as Decolonize this Place. They are calling for the MTA to make all public transit free. They are also protesting what they call over-policing on the subways.

The MTA has hired hundreds of new officers to help police the subways and to crack down on fare evasion. These protesters are against that.

The demonstrators held banners that read  "F--- the Police," "Stop the War on the Poor," "No cops! No fares!" and much more. 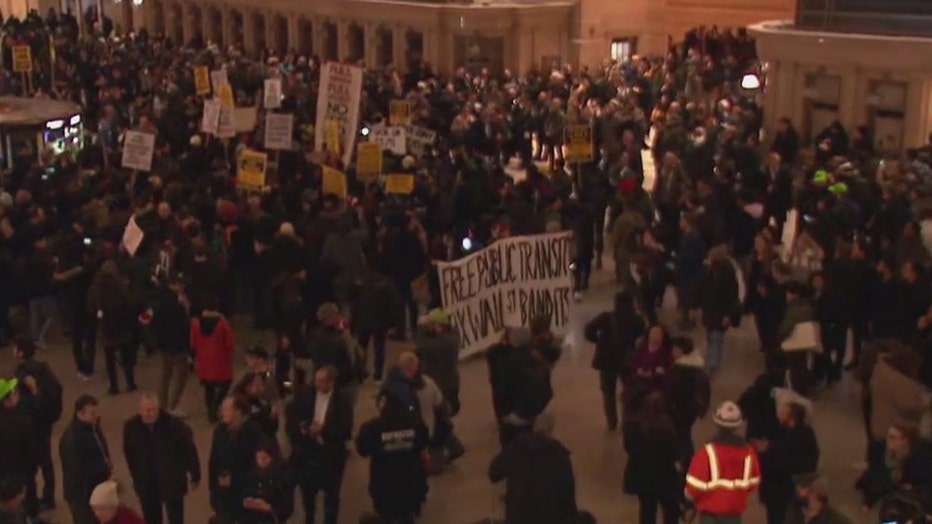 A police spokeswoman said protesters were arrested at Grand Central and at other locations around the city but she did not know how many or what the charges were.

Decolonize this Place said it wants to disrupt the subway system.

"Due to protest activity, expect traffic delays, road closures, mass transit disruptions and a heavy presence of emergency personnel in the area of 42nd Street and Broadway in Manhattan," the city's alert system said in a notification sent at 6:01 p.m. "Consider alternate routes and allow for additional travel time." 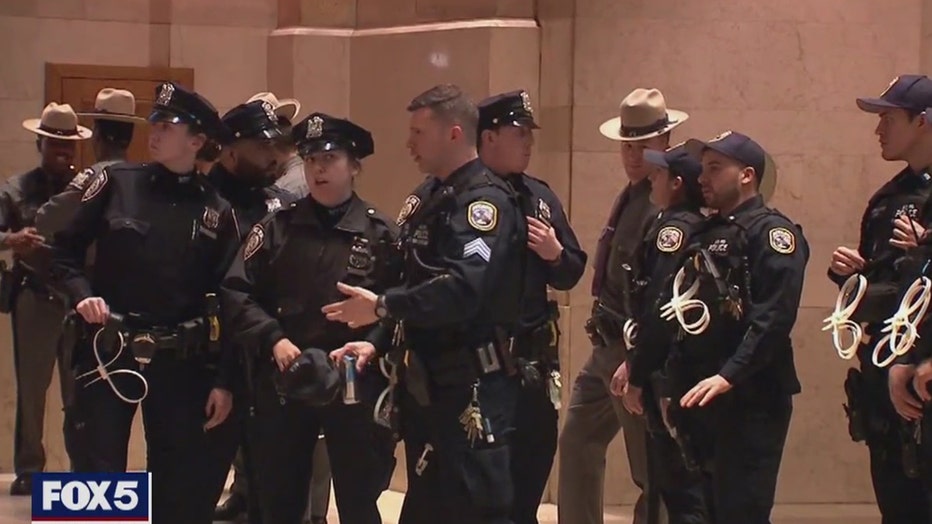 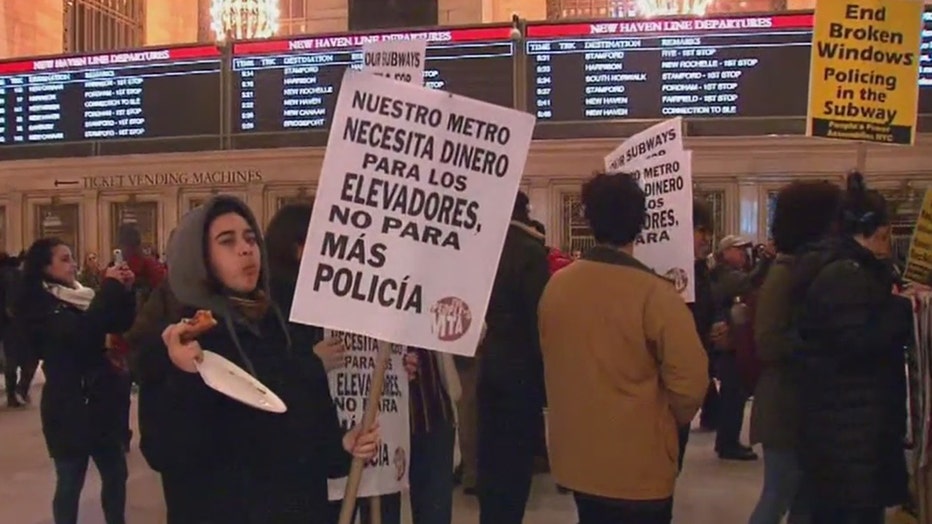