LOS ANGELES - Pallets of produce sit inside this Los Angeles warehouse. It is a stark contrast to some grocery stores where paper and canned goods went flying off the shelves.

“So this is some of the chilies that we have on hand still,” said Sandra Ramirez.

She is an Office Manager for South Fresh Fruit Inc. She and many other Los Angeles produce wholesalers were caught with excess goods when their major customers like restaurants were forced to close their doors due to the pandemic.

“It definitely dropped within 50 percent. It was a little bit of a surprise especially thinking with produce that it’s gonna be needed,” Ramirez said.

According to Ramirez produce sales spiked when the safer-at-home order first went into effect. But then once the restaurants closed sales plummeted.

“I think people are sticking to canned food and fruits, frozen fruits, things that will last longer.”

Ramirez gave us a tour of her facility where hundreds of boxes of mangos are waiting for a buyer.

“So this is low stock, the fact that we can’t get rid of this low stock or that we’re having trouble means that there is a problem.”

They company is currently working to move about 75,000 lbs of onions as well as boxes of citrus fruits and then there’s the limes.

“Limes are very popular but since the bars are closed and the restaurants are closed they’re not asking,” Ramirez said

Some items like potatoes have a longer shelf life but other specialty produce like these tomatillos are starting to rot. 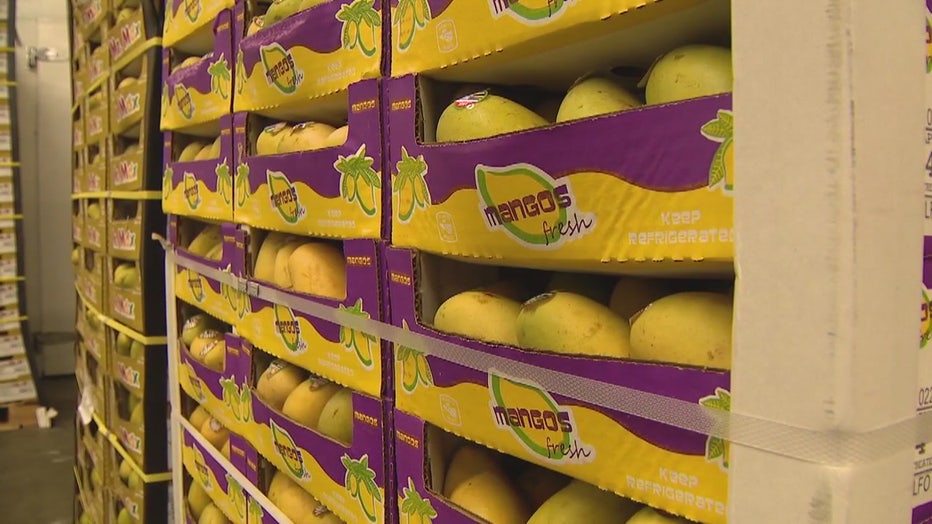 “If it doesn’t sell within the week maybe we can go ahead and donate it. We try to donate as much of our produce as we can.”

And Ramirez says, as the pandemic persists, continued business losses will create a downward economic spiral.

“Once you see hotels closing, restaurants... Bars.. Once you start seeing things that you don’t think about... It just starts to trickle down to us in the end.”

The company has reduced its orders from its suppliers and growers in an attempt to pare its losses. They feel that they are strong enough to ride it out but some of the other smaller produce wholesalers might not be so lucky.