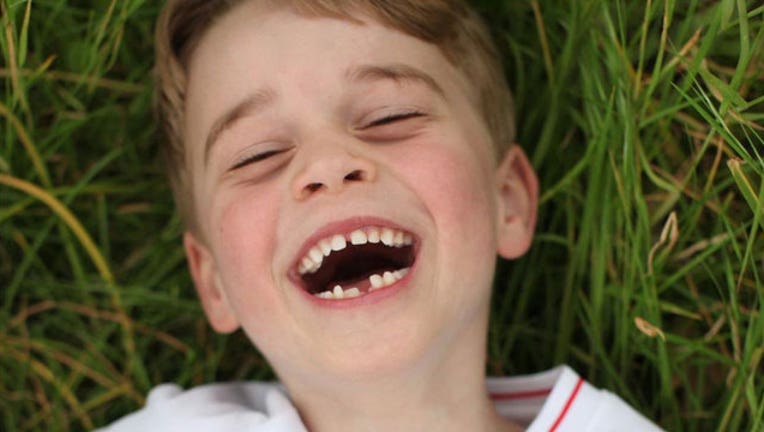 (The Duchess of Cambridge)

The future king turns 6 on Monday. It's become a tradition for the palace to release snapshots taken by his mother Kate, the Duchess of Cambridge.

In two of the pictures George is seen with a big smile as he wears an English soccer jersey. The third shows him on a family holiday.

George is a great-grandson of Queen Elizabeth II. He is third in line for the throne behind his grandfather Prince Charles and his father Prince William and is the oldest of William's three children.