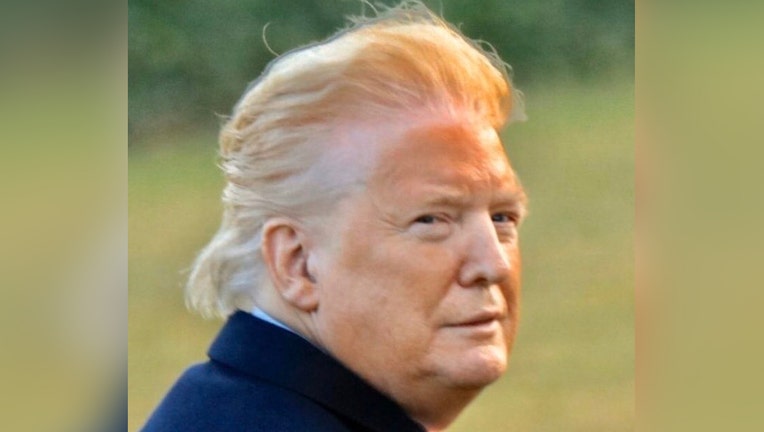 WASHINGTON - An unflattering photo of President Trump is spreading online.

The photo -- which appears to show a windswept President Trump with either bad tan lines or inconsistently applied self tanner -- has gone viral at the tail end of what many are calling the president's best week in office.

But the president, who's never one to miss a news cycle, is coming out with his alleged side of the story:

The president's tweet did not present evidence that the photo was altered.

William Moon, the photographer who originally posted the photo, said Saturday afternoon that the photo President Trump shared was not photoshopped. It simply was edited to black-and-white for contrast:

It's been an otherwise newsworthy, and positive, week for the president. The Senate cleared him of impeachment charges, and he has since fired two aides who testified against him during the impeachment inquiry. Meanwhile, the Democratic party is dealing with fallout from a messy Iowa Caucus plagued by questions of inaccurate vote tallying.