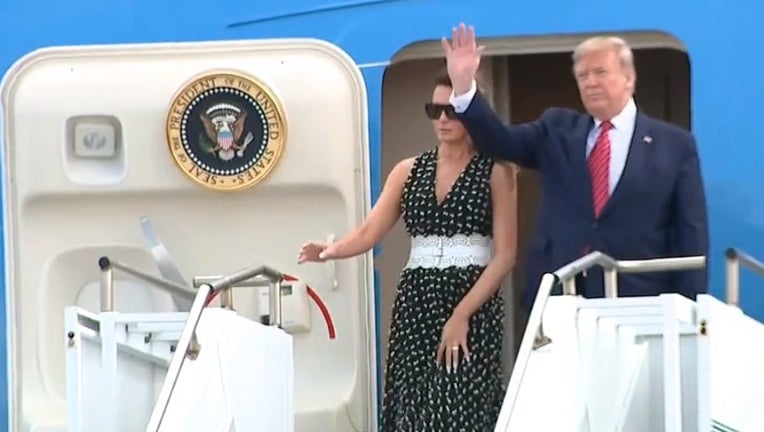 Air Force One touched down at Daytona Beach International Airport just after 1:00 p.m. on Sunday. The president will be attending the Daytona 500, along with First Lady Melania Trump, and has been given the honor of serving as grand marshal for the event.

The president waved to the media and airport personnel as he stepped off of Air Force one. He and the First Lady were immediately whisked away to Daytona International Speedway.

Extra security measures are in place at the airport and temporary flight restrictions were in place for President Trump's arrival.

The U.S. Secret Service tweeted out this week that they are securing the Daytona 500 by providing a 30-mile "No Drone Zone."

If you are one of the more than 100,000 going to the Speedway to watch the race, officials strongly suggest you leave early to allow additional time for traffic and security procedures.

You can watch complete coverage of the Daytona 500 on FOX 35!