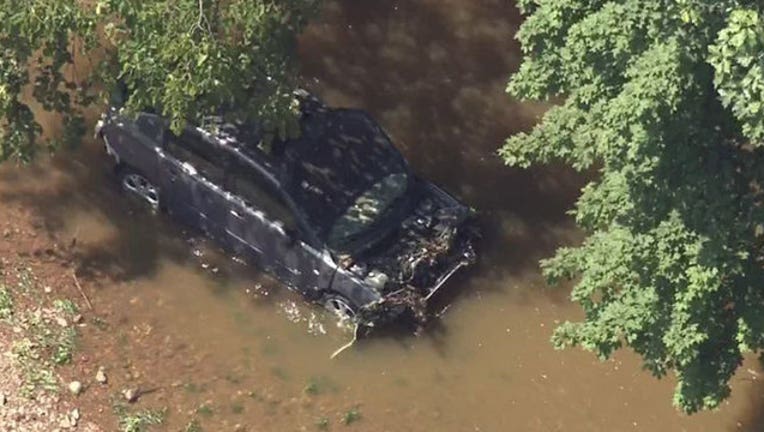 DOUGLASS TOWNSHIP, Pa. - A pregnant woman and her 8-year-old son have died after they were overtaken by flash floods during severe storms Thursday afternoon.

The woman’s car was swept away by rushing water on Pine Forge Road in Douglass Township around 4:30 p.m.

Police say the two were on their way home when they were stranded and called 911 for help.

Emergency crews responded to the scene and called for a water rescue team, but ended up losing contact with her on the phone.

Her car was found just before 10 p.m. Thursday night.

The mother was 8-months pregnant.