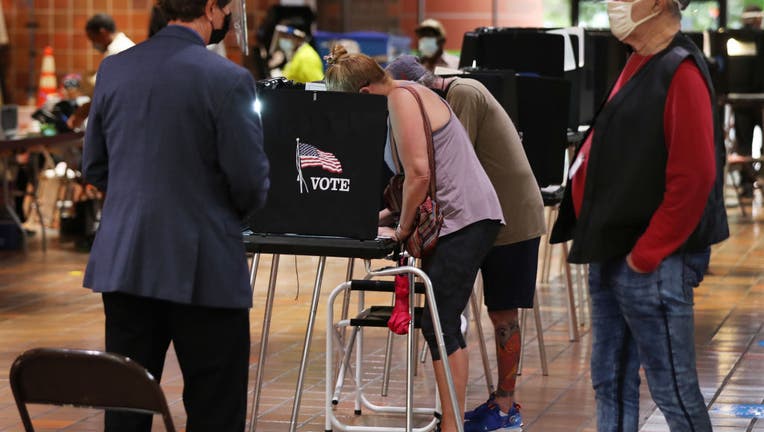 Voters fill out their ballots as they vote in Miami, Florida. (Photo by Joe Raedle/Getty Images) (Getty Images)

According to a new poll published by Gallup on Thursday, less than half of voters in the U.S. say they think President Donald Trump deserves to be reelected.

The number is down seven points from January before the COVID pandemic had begun in earnest and the U.S. economy was stronger.

There is a clear partisan divide in the numbers, however, with 93% of Republicans saying Trump deserves to be reelected, while just 3% of Democrats agree. Just 36% of Independents say Trump deserves reelection, while 61% say he does not.

Voters, however, were significantly more pleased with their own district’s House Representative, with 60% of respondents saying that their Rep. deserved reelection, similar to what Gallup found in the Presidential election years of 2012, 2008, and 2004.