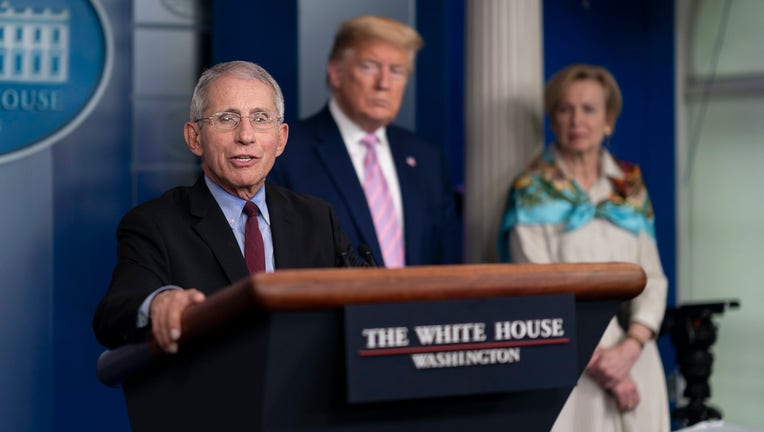 NEW YORK - According to a new poll from Quinnipiac University, Dr. Anthony Fauci, New York Governor Andrew Cuomo and governors across the nation received high marks from Americans for their handling of the coronavirus pandemic, while a majority of voters said that President Donald Trump’s response hasn’t been aggressive enough.

55 percent of registered voters said that President Trump had not acted aggressively enough in responding to the crisis, while 41 percent said that his response has been about right.

"In a country gripped by crisis and divided by partisanship, public opinion is united when it comes to Dr. Anthony Fauci. Nearly 8 in 10 voters give him a resounding thumbs up for the job he's doing responding to the COVID-19 pandemic. That's not the case for President Trump. More voters disapprove of his response than approve. Separately, they say he hasn't acted aggressively enough in his response," said Quinnipiac University Polling Analyst Mary Snow.

43 percent of voters gave President Trump a grade of D or F on the way he has communicated information about the coronavirus to the American people.

Concern over the coronavirus is largely split down party lines, with almost twice as many Democrats “very concerned” about the virus than Republicans.

However, voters still give President Trump a positive approval rating on his handling of the economy, approving 51 to 44 percent. Trump is also receiving his highest job approval rating since taking office, as 45 percent approve of the job he is doing as president, while 51 percent disapprove.