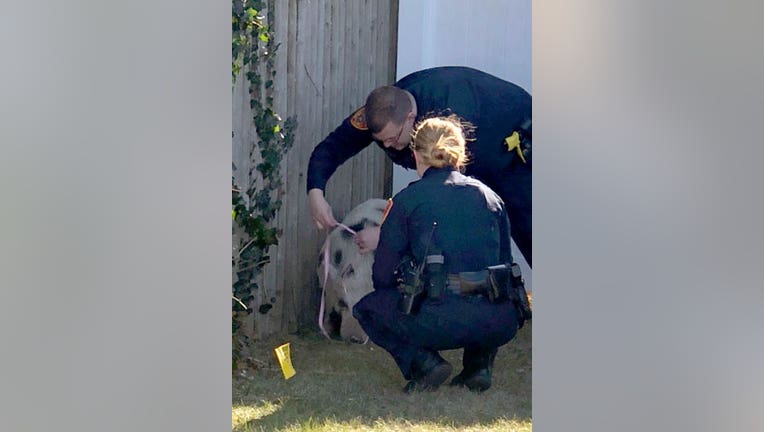 According to authorities, Sergeant Theodore Martinez was driving a marked police car east on Sunrise Highway in Sayville when he saw what he thought was a pig on the side of the road. Sergeant Martinez then saw a Hummer with an attached trailer that was open with one pig inside. 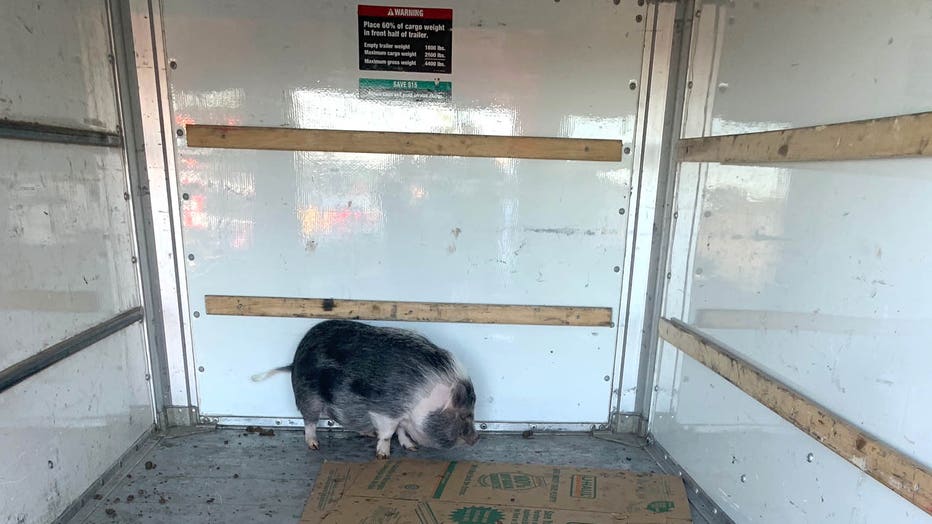 Sergeant Martinez pulled over the vehicle and the driver stated that she was taking four pigs to an animal rescue and was unaware three of the pigs had escaped.

Several officers responded and with assistance from employees of the Sayville Animal Hospital and employees of the Town of Islip, they located each pig at separate locations on Sunrise Highway between Bohemia and Sayville. 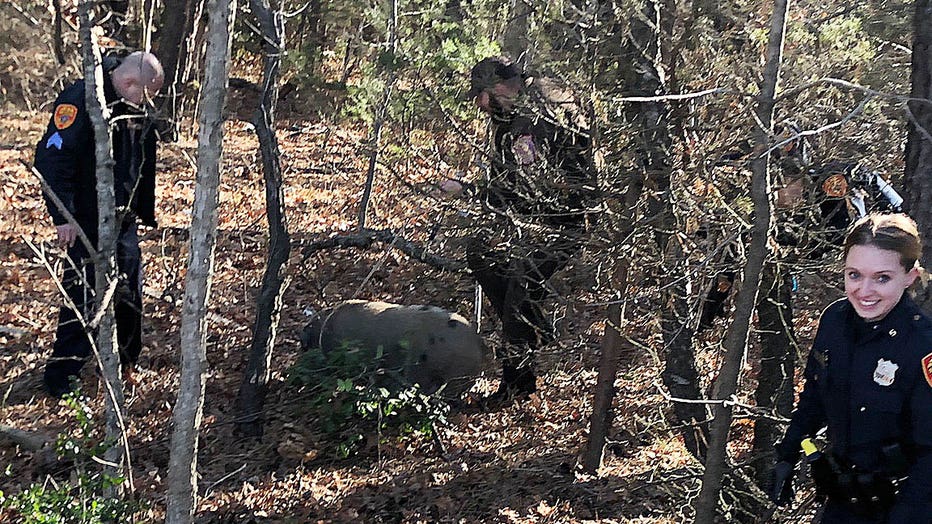 The pigs appeared uninjured and were taken for evaluation to the Evelyn Alexander Wildlife Rescue Center in East Quogue, the original destination.