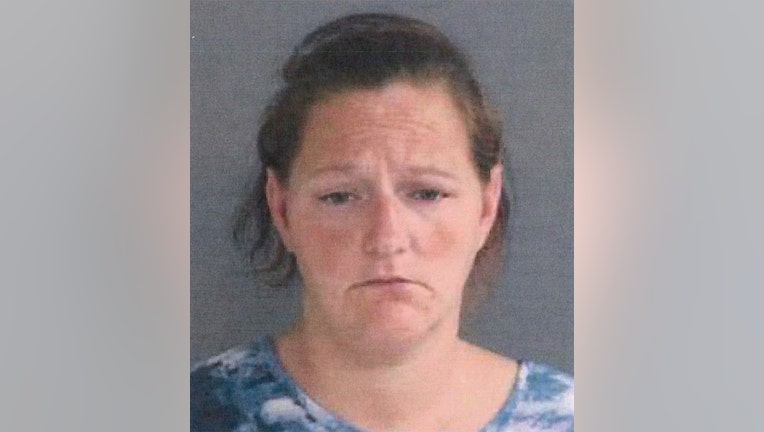 GRISWOLD, Conn. - A Connecticut woman has been accused of killing her 6-week-old infant son by suffocating him with a blanket for 20 minutes and waiting hours before calling 911, state police said Tuesday.

Crystal Czyzewski, 35, of Griswold, was arrested Monday on charges of manslaughter and risk of injury to a minor. She was detained on $550,000 bail after a court arraignment Tuesday in Norwich.

State police said in an arrest warrant affidavit that Czyzewski admitted during an interview with detectives that she suffocated the baby "until he was dead" on the morning of Nov. 17. She said both the baby and her 5-year-old child were crying and it was "too much," according to the affidavit.

After suffocating the baby, she left him in a swing for the rest of the day, state police said. Around 9 p.m., she brought the baby into her room, placed him in a bassinet, and then called 911 to report he was "barely breathing," the affidavit said.

The child was brought to an area hospital and later flown to Connecticut Children's Medical Center in Hartford, where he arrived in cardiac arrest, state police said. Staff appeared to revive the baby but he could not breathe on his own and was pronounced dead on Sunday, the affidavit said.

She said her mother told her to lie about what happened so she would lose custody of her older child.

Czyzewski was held on a $500,000 cash bond and is scheduled to appear in state court in New London on Dec. 13.  It was unclear if she had a lawyer to represent her in the case.