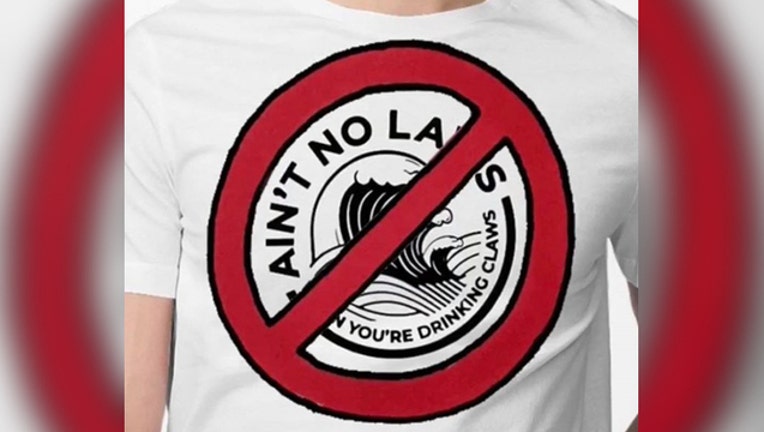 Police remind residents that there are, in fact, laws even when drinking Claws. (Kenosha Police Department)

KENOSHA, Wis. (FOX 9) - A Wisconsin police department wants to remind its residents that laws do, in fact, apply to drinkers of hard seltzer.

According to data from Nielsen, hard seltzer consumption was up 193 percent among Americans in 2019, including the very popular White Claw Hard Seltzer brand.

The Kenosha, Wis. Police Department, tasked with enforcing laws, took to Facebook to remind its residents that hard seltzer does not make one immune to state and local statutes.

“Recently we have heard the saying going around, ‘Ain’t no laws when your drinking Claws.’,” the post says. “We are here to remind you that even when you’re drinking White Claws, laws still do apply!”

The post came with an image crossing out a White Claw logo edited to include the “Ain’t no laws” slogan.

“Remember to drink responsibly and NEVER drink and drive!” it said.